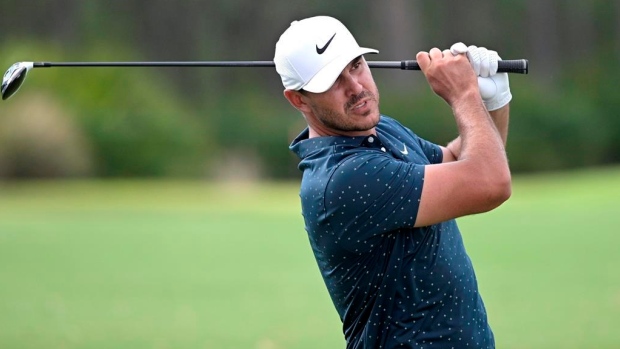 Koepka’s past three starts in this tournament have turned out a tie for second, a win and a fifth. Not a bad little run for a guy who doesn’t care about anything other than majors. He is coming in on a heater as well, with his past three finishes being a tie for fourth at the U.S. Open, tie for fifth at the Travelers Championship and a tie for sixth at the Open Championship.

Johnson finally seems to be turning the corner on a sloppy stretch of golf. Aside from a missed cut at the 3M, he’s gone 10th, 19th, 25th and eighth. That last one came at the Open Championship. He’s also on a good run with the putter, playing his past 99 holes without a three-putt. Oh, and he’s won twice on this golf course, before this event was turned into a World Golf Championship. And really, he can’t keep playing mediocre for too much longer, can he?

Simpson is another player overdue for a win. He’s 20th in birdie average and 20th in scoring average on the PGA Tour and comes in here off a tie for 19th at the Open. In his past three starts at this tournament, he’s finished 12th, second and 24th. If the rest of his came comes close to matching his putting, look out.

A week before he ended up tied for 26th and the Open, Fitzpatrick was tied for second at the Scottish Open. So, he has some game of late. He also likes TPC Southwind, posting a tie for sixth and a tie for fourth in his last two visits. He’s ranked 14th in SG: Off the Tee and 22nd in SG: Putting, showing he can put things together at either end of his game.

Mickelson? In the sleeper category? How many of you thought of him before I put his name down here? The reigning PGA Championship winner tied for second her last year. He hasn’t exactly been on fire since he won his major, but I expect him to show up here this week just because he’s Phil.

Harman hasn’t played this event in two years but comes in with some decent form. He’s 14th in SG: Putting and seventh in three-putt avoidance. He’s also eighth in driver efficiency. If he can hit some greens, he has a shot to make some noise.