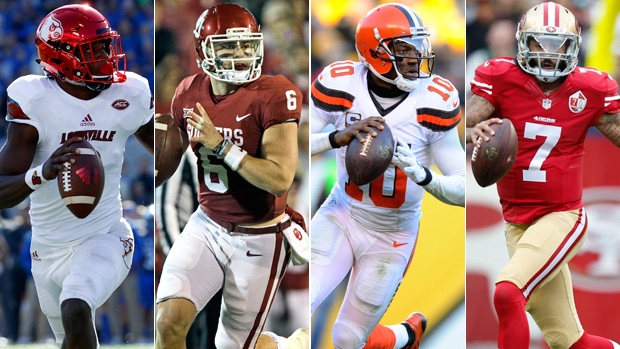 Tuesday may not amount to an historic day for the Canadian Football League, but it does mark an interesting change in the way the league has always gone about its business.

CFL teams don’t draft American players. They protect their rights on something called negotiation lists, collections of 45 names per team that allow franchises to secure the CFL rights to players mostly in college football or the National Football League.

The lists are shared among teams but kept secret from the public, which never made a whole lot of sense in a world where leagues are fighting for every bit of attention they can get.

For years, fans and members of the media asked why, pointing out that there would seem to be obvious upsides to releasing negotiation lists: It would stimulate discussion, create anticipation and provide fans with another way to engage with the sport.

All of which fell on deaf ears.

That is until last month, when commissioner Randy Ambrosie put the case for releasing at least some of the names before the league’s presidents and general managers. After a discussion and some debate, they voted to take a small step towards change by having each team release 10 names from its list twice a year ­– once in February and again in December on the eve of NCAA bowl season.

“When you’re out of sight, you’re out of mind,” said Ambrosie. “You might have been able to get away with that 30 years ago… I think this is a recognition by the presidents, governors and GMs that we are in a different era and if we’re going to compete for the hearts and minds of fans, then we’re going to have to be more transparent with the media who tell our stories.”

It simply makes sense that football fans in Canada should have known during last month’s College Football Playoff National Championship game that Georgia quarterback Jake Fromm is CFL property of the B.C. Lions or that Alabama’s Tua Tagovailoa belongs to the Hamilton Tiger-Cats.

Not all of the players will eventually come to the CFL, but that’s the nature of the negotiation list itself. A good list isn’t one full of the biggest names but one stacked with those who may be a better fit for the Canadian game than the NFL.

Let the fans debate them. Let members of the media have their say.

​It’s not hard to see that the league would like negotiation lists to be entirely public one day. This week marks a small step into a more modern age for the CFL.