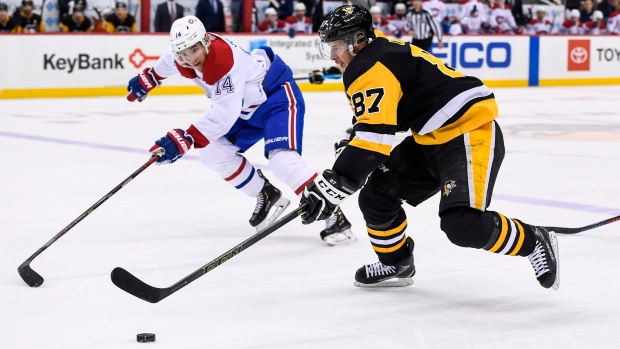 The puck is on the goal line. Now the NHL and NHLPA just need to poke it home.

After a marathon week of bargaining, the NHL and NHL Players’ Association are closing in on a tentative memorandum of understanding on an all-encompassing new six-year Collective Bargaining Agreement as well as all of the necessary Return to Play components to drop the puck on a 24-team play-in.

The MOU would need to be ratified by both the NHL’s Board of Governors and the NHLPA’s full membership. A player vote could begin electronically as soon as Monday if an agreement is announced on Saturday; players will have 72 hours to vote.

There are more i’s to be dotted and t’s to be crossed. But the deal is believed to be imminent and multiple stakeholders in the NHL community have now been apprised of the details.

Here is a rundown of the pertinent particulars:

The Alexis Lafreniere Draft Lottery sweepstakes will be held on Aug. 10, with the NHL Draft to follow in mid-October. Free agency would take place in the fall for the first time in league history on Nov. 1.

> Opt-out: Any player can opt-out of Return to Play this summer for any reason and there is no penalty or discipline for doing so. There was originally talk that a player opting out for anything other than an underlying medical condition would not be eligible for a playoff share and would not receive the final quarterly pension credit for the season.

> Playoff share: The playoff bonus pool is doubling this season from $16 million to $32 million. A player on a team that loses in the best-of-five qualifying round will receive $20,000. Players in each round will see bonuses increase from there, with a share from the Stanley Cup winning team worth $240,000 per player.

> Term: The new CBA will have a term of six years, ensuring labour peace through at least 2025-26. It can also be extended one year if the escrow debt from 2019-20 owing to owners exceeds $125 million at the end of the deal.

> Final paycheque: The players’ final paycheque from the 2019-20 regular season season, which had been deferred until this point, will go to repaying their debt to owners. That totalled roughly $140 million USD.

> Outlawing front loaded deals: For high-value, front loaded long-term deals (at least 6 years, worth at least 7.5 per cent of cap), salary variability from the highest year to the lowest year will go from 50 per cent down to 35 per cent.

> Rehab choice: Players will now be able to rehab long-term injuries in a place or city of choice unless their team can prove that rehab will not be possible there.

> No European Waivers: We should call this the Ryan O’Reilly Rule. Players who play in Europe will no longer require waivers to come back to the NHL, provided they sign their NHL contract by Dec. 15. Previously, if a player played in Europe after the start of the regular season, waivers were required. The Flames signed O’Reilly to an offer sheet in 2013 during the lockout while he was holding out from Colorado in the KHL; if the Avalanche had not matched, he would have been subjected to waivers and the Flames likely would have lost him.