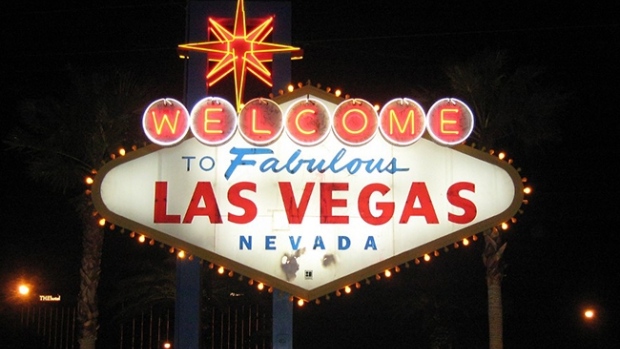 Do you want to be the owner of an NHL expansion franchise?

If you and your buddies cobble together enough cash, you, too, could put in an application to own the league’s 31st or 32nd club.

You should probably have a sound financial plan in order, though. We’re not talking about beer money here.

The NHL began distribution of application materials for parties interested in expansion on Monday. They are due back to the league by August 10. The fee to apply for an expansion franchise is seven figures - north of $1 million U.S. - and only a portion is refundable.

On top of that, interested parties must demonstrate the ability to pay an expansion fee north of $500 million, prove the viability of their proposed market and evidence the availability of an arena for the team to call home.

“Participating in the expansion process isn’t easy,” commissioner Gary Bettman warned on June 24 in Las Vegas. “You’ve got to be serious and have serious backing to be able to do it. A series of questions have to be responded to in writing. It’s a serious document.”
So far, two parties have committed to the “formal expansion review process” - one in Las Vegas and another in Quebec City. Both markets have already overcome considerable hurdles to be considered front-runners to land a franchise.

Quebecor Inc., which controls the 18,259-seat Videotron Centre slated to open Sept. 11, sent a group of executives to Las Vegas for Bettman’s announcement. They subsequently confirmed their participation in the application process.

“It’s a big day for Quebec City,” Quebecor president and CEO Pierre Dion said on June 24. “We respect the NHL process. Today we’re seeing that the NHL is taking a next step, but we’ll continue to respect that process. We’re patient about this process, and discreet, and we will continue to do so.”

Headed by Bill Foley and the Maloof family, the Vegas Wants Hockey group has already received cash deposits for 13,200 season tickets. The new Las Vegas Arena, owned by Los Angeles Kings parent company AEG, will be completed next spring - just off the Vegas Strip in the shadow of the MGM Grand and Monte Carlo.

The NHL is also expected to receive one - if not multiple - applications from prospective groups in the Seattle market. That ground has not been broken on a modern arena in the Seattle area, either downtown or in Tukwila, and the NHL continues to mention the market among the “big three,” says a lot about the league’s interest in the Pacific Northwest.

“Perhaps the (application) process will bring some certainty to the arena situation,” Bettman said on June 24. “No one has their arena act together yet in Seattle.”

Deputy commissioner Bill Daly said the league has heard from parties interested in NHL expansion in Portland, Milwaukee, Kansas City, and even placing a second franchise in Toronto.

Venture capitalist Graeme Roustan, the largest investor in the Bauer Hockey Group, told TSN 1050 he intends to file an application for expansion in Southern Ontario. His push for a new arena in Markham fell through in December 2013 when city council there declined to financially back the operation.

“This market is unusual and unlike any other market in North America or actually the world when it comes to hockey,” Roustan said during a June 30 appearance on Leafs Lunch. “…There is absolutely no question whatsoever that the building will be full, the suites would be full and so on and so forth. That was never an issue at all. The question is: Where is the arena going to be and when is it going to open?”

Roustan said he has “walked” three locations for a new arena in the Greater Toronto Area, all of which are close to public transportation and a major freeway. He told Leafs Lunch that sharing the Air Canada Centre wasn’t his preferred option.

“I think, at the end of the day, a second facility is really needed in this market with eight million people,” he said. “On a temporary basis, I think it works. On a long-term basis, a team really needs its own home.”

Bettman confirmed in Las Vegas that the Maple Leafs do not have any “absolute veto” power to prevent a second team in the Greater Toronto Area from joining the league. At least 24 of 30 votes by the Board of Governors would have to approve that move.

One city unlikely to be represented with a formal application is Kansas City. The now eight-year-old Sprint Center, whose design provided a blueprint for the new Las Vegas Arena, does not have a full-time tenant and probably won’t find one soon.

The Sprint Center has repeatedly been used as a negotiating tactic for teams like the Pittsburgh Penguins and New York Islanders to apply pressure for a better arena situation of their own.

Lamar Hunt Jr., whose father helped bring the NHL to Columbus before a bitter dispute with John H. McConnell, owns an ECHL team in Missouri and told the Kansas City Star he will not be submitting an NHL expansion application for Kansas City. The Hunt family still owns the Kansas City Chiefs.

“It’s not on my radar,” Hunt told the Star, adding the NHL’s $500 million expansion asking price is “a ridiculously big fee.”

Bettman defended the expansion price tag at his June 24 press conference by saying “franchises are more valuable than they’ve ever been.”

The $500 million minimum fee would be six times the previous expansion fee from 15 years ago, plus nearly $200 million more than some current franchises are worth.

Andy Barroway purchased a 51 per cent stake in the Arizona Coyotes for a reported $152.5 million, placing their valuation around $300 million. Barroway later reduced his share to around 30 per cent, his stock being repurchased by the other group of owners.

While reiterating the NHL made no commitment to expand, just to explore, Bettman said the $500 million fee had been communicated to interested parties, and none wanted to back off.

They just have to fill out some paperwork and write a cheque, a so-called nominal fee, to start being vetted for entry into the old boys’ club.

“We don’t want somebody on the back of an envelope or a napkin to submit an application, so there’ll be commitments made with respect to an application,” Daly said. "We want real people, and we’ll see where the interest comes from.”