TORONTO — One of the difficult tasks facing front offices across Major League Baseball this winter is evaluating players using the tiny 60-game sample size afforded to them.

What’s real and what’s not?

It’s especially difficult when it comes to the Toronto Blue Jays’ outfield group.

In the other corner outfield spot, Lourdes Gurriel Jr. was similarly productive, batting .308 with 11 home runs while also upping his walk rate and chopping his strikeouts.

Heading into his age-27 season and controlled through 2024, LGJ could be on the verge of a massive breakout, which is part of the reason his name has come up in the rumour mill – he’s an extremely valuable asset, and one just coming into his prime years.

Then there’s the middle of the grass.

Handed a chance to play centre field full time this summer because, really, there were no other options, Randal Grichuk didn’t bomb the test, but he certainly didn’t pass, posting a minus-8 Defensive Runs Saved across 399.2 innings.

At the plate, Grichuk is what he is, a notoriously streaky hitter who will look like he’s figured things out for two weeks, only to go ice cold and see his numbers end up back in the same place as they have up to this point in his seven-year career.

While the rotation is the clear priority this off-season, a centre field upgrade is a close second, with defence and the ability to get on base being the two key skills the Jays would love to find.

Luckily for the Jays, George Springer is available for nine figures, a range GM Ross Atkins might legitimately be comfortable with.

This one may be a case of just how interested Springer is in the Jays. The fit is perfect for the 31-year-old with the career .270/.361/.491 slash line and it would help round out what could be one of the most potent lineups in the American League.

In 2020, the Jays already finished eighth in baseball in runs scored, crossing the plate 4.9 times per game.

Insert Springer’s power and his 11.1 per cent career walk rate into the middle of that lineup and it suddenly becomes even more of a problem and a top-five offence in baseball is not out of the question.

The $100-million-plus price tag attached to Springer is hefty, but both Atkins and CEO Mark Shapiro have been adamant that the resources are there for them to think big this winter, maybe even multiple times.

“A part of [last year’s] plan was this off-season, and nothing has changed about that plan and our ability to make this team better, even with going through the pandemic,” Atkins said. “We obviously realize that the best way to recovery and getting back to full steam is winning. We are united on that front.

“I think there is opportunity in this market, for sure. We see opportunity for us to get better and it’s very important that we have a disciplined approach towards it.”

Even though the rotation should be the focus, Springer’s age, past production, health and skillset make him one of the safest investments on the entire market, regardless of position.

After taking a look at the rotation options on Monday, here’s a look at how the outfield market could play out for the Blue Jays.

One of the narratives surrounding Houston Astros players hitting the market this winter is how the sign-stealing scandal will affect how they’re perceived. While that will likely vary, Springer’s 2020 season at the plate was just like any other, as he slashed .265/.359/.540 with 14 home runs and even struck out at a career-low rate.

It’s uncertain how a chase of Springer would change what the Jays do with their rotation, but he has the chance to be worth every penny on a five-year deal, which would secure his age-31-35 seasons.

Status quo here. One of the best players on the market is also a perfect fit for what the Jays need. 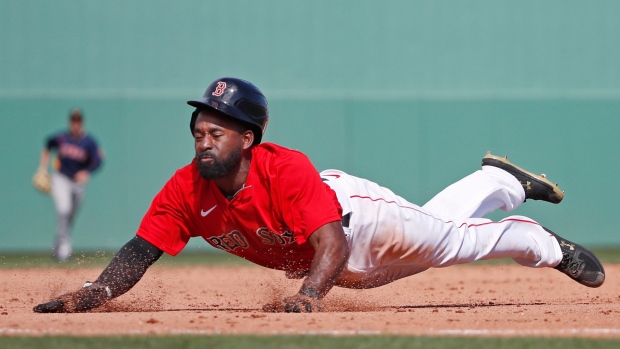 While Springer is ideal and he could’ve fit here, as well, because the Jays are 100 per cent intrigued, it’s unknown at this point if the interest is mutual, where the bidding will go, and at what price point Atkins would start to sweat.

If the only high-end centre fielder on the market signs elsewhere for the nine figures he’s expected to command, the only realistic solution left in free agency for the Jays is Bradley Jr.

Otherwise, it's the trade market or Grichuk, who proved in 2020 that he will always be better suited to a corner.

In JBJ, the Jays would be getting elite centre field defence and a bat that enjoyed a resurgence in 2020, as he slashed a BABIP-driven .283/.364/.450 over the small sample size season.

He would also come at a fraction of the price of Springer, with our Steve Phillips projecting a two-year, $15-million deal and MLB Trade Rumors in the same range at $16 million over two seasons. 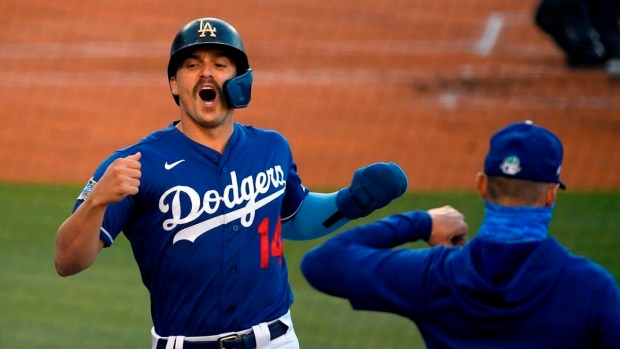 Unless a trade sends Gurriel or Teoscar packing, it’s hard to see the Jays investing much in an outfielder that either doesn’t offer a strong centre field glove or doesn’t play multiple positions.

Hernandez would fit the bill as a multi-positional bench piece, an option that could come into play in multiple scenarios because of plus defence at second base and above-average glovework in all three outfield spots.

The search for impact and chasing the big names will get all the attention this off-season, but the depth on the bench and in the bullpen will be key to hit on.

Welcome to a new virus-induced wrinkle this winter.

Normally, the international signing period opens up every year on July 2, and hundreds of already-agreed-upon deals with 16-year-old kids come down the pipe.

This year, that deadline was shifted to Jan. 15 and the top talent available per MLB Pipeline is outfielder Yoelqui Cespedes, the 23-year-old half-brother of (probably former) MLB star Yoenis Cespedes.

At 5-foot-9, 205 pounds, the brothers’ scouting report is similar, with power, speed and a strong throwing arm attached to Yoelqui, as well.

Cespedes was declared a free agent back in March and has looked at Japan as an option, but he can max out his money from an MLB team when Jan. 15 arrives.

Cloaked in mystery, Cespedes’ name may arrive on the radar late in the off-season.​