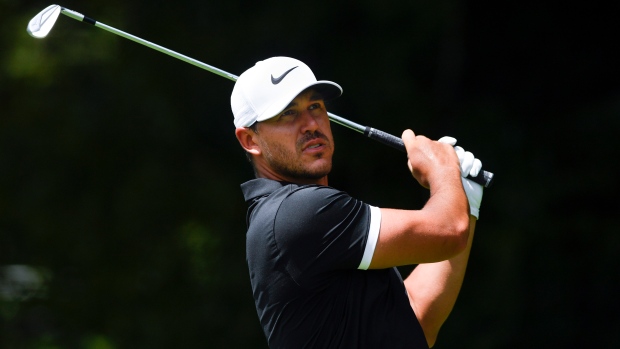 First the Masters and now the PGA Championship.

Can the U.S. Open and Open Championship be far behind?

In the wake of the COVID-19 pandemic, the PGA of America announced Tuesday that it has postponed the PGA Championship from its March 14-17 in San Francisco. It follows the Masters, which stepped out of its April date last week, in looking for a new spot on the calendar.

The bigger question now becomes whether it’s even possible to save the golf year. The calendar is already full, and the pandemic shows no signs of slowing, with more events likely to fall by the wayside.

The PGA’s decision surprised no one as more and more sporting events further down the calendar shut down.

“Throughout our evaluation process, we have been committed to following the guidance of public health authorities and given the coronavirus shelter-in-place order in effect in San Francisco, postponement is the best decision for all involved,” said PGA of America CEO Seth Waugh in a statement.

“It’s unfortunate but not surprising,” said Nick Taylor. “Public health and safety is what’s important and we can play golf when it’s safe. Hopefully later in the year.”

“I think it was inevitable,” added Adam Hadwin. “It’s really the least of our concerns right now. We can figure out golf when we get this pandemic figured out.”

In addition to the PGA Championship, the PGA Tour cancelled four more tournaments, paring the RBC Heritage, the Zurich Classic of New Orleans, the Wells Fargo Championship and the AT&T Byron Nelson from its schedule. That brings to eight the number of PGA Tour events that won’t be held with one listed as postponed.

The organization also cancelled events on the Korn Ferry Tour and PGA Tour Champions through the middle of May. All four qualifying tournaments for the Mackenzie Tour-PGA Tour Canada have also been cancelled.

Now comes the job of trying to find homes for all of golf’s biggest tournaments. The governing bodies and tournament organizations have reportedly been working to create some sort of calendar.

It’s expected the PGA Championship may look for an August date, working in concert with the PGA Tour to find a slot on its schedule. One report said the Tour might push its FedEx Cup playoffs back a week to open up a place for the PGA.

The United States Golf Association stated on Tuesday that it is currently staying with its June dates for both the U.S. Open and U.S. Women’s Open, but that it is closely monitoring the situation and will follow advice from government authorities. The women’s event is scheduled for June 4-7 at Champions GC in Houston, while the men’s event is scheduled for June 18-21 at Winged Foot GC in Mamaroneck, N.Y.

The qualifying process for the American championships, which was to start in early May, will be redesigned, the USGA said in a statement.

The RBC Canadian Open, which is a week before its U.S. counterpart, is in a fragile position.

Another question mark remains the Olympics. The Japanese government said it intends to move ahead with the Games and with fans in attendance.

With so much uncertainty, Hadwin, who is expected to be on the Canadian team, was unsure of the event’s status and whether he’d attend.

“I’d have to take a strong look at it,” he stated at the thought of playing if the situation had only marginally improved. “It’s certainly hard to imagine it’s going to go on at this point.”