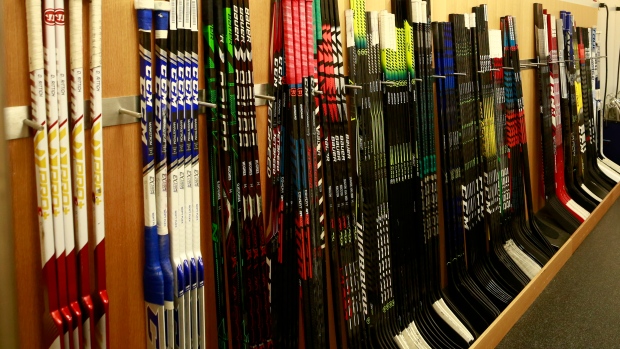 The Greater Toronto Hockey League says two yet-to-be-named members of a new independent committee established to scrutinize racial intolerance in the league will likely be asked to explore whether the league should introduce rules about the music played in team dressing rooms before and after games.

"Selection of music played in dressing rooms is not specifically covered in our regulations and the review of our policies and rules and how they are applied will be part of the process carried out by the independent committee,” GTHL executive director Scott Oakman wrote in a series of emails to TSN on Sunday and Monday.

Oakman said the committee would examine how the league "currently deals with language and behaviour involving racist, discriminatory language and actions and what changes are recommended. We expect this likely will include music in the dressing room."

It’s unclear when the independent committee will be named, how long a review of the GTHL’s policies and rules might take, and whether the league will agree to endorse any or all of the committee’s recommendations.

"The committee is independent, and we cannot prejudge the range or scope of their recommendations," Oakman wrote. "The review will go to the board who will take the appropriate steps."

The GTHL is among the world’s largest amateur hockey leagues with more than 40,000 registered players between the ages of six and 18. Its policies have come under scrutiny in recent weeks.

Amid pressure from current and former NHL players, the league on Friday disclosed data about the number of documented discriminatory incidents that occurred during league games over the past three seasons.

The league at the same time said it would form an independent committee to investigate racism within the GTHL, and pledged to hold a virtual town hall with parents, players, coaches and other stakeholders to discuss racial intolerance.

Music in the dressing room is a divisive, sensitive topic, GTHL coaches said. TSN contacted 10 head coaches and none would discuss the issue publicly. Most said they were concerned about blowback from the GTHL for speaking about the issue.

One GTHL coach said he feels like a hypocrite demanding his players act and look like professionals, wearing dress shirts and ties to and from the rink, while playing music with “foul lyrics” before and after their games in the dressing room.

The Ontario Hockey Federation, which oversees minor hockey in the province, has several rules for dressing room behaviour. They include ensuring rooms are kept clean, being respectful of teammates, and guidelines for music.

"If you are playing music, use earbuds, headphones or please keep volume to a low, as some lyrics may be offensive to some," the OHF guidelines say. OHF executive director Phillip McKee did not respond to a request for comment.

Several current and former pro hockey players of colour are divided on whether music should be censored in youth league dressing rooms. They said players in amateur hockey leagues including the GTHL tend to choose the music and that coaches rarely provide guidelines.

Evander Kane, one of seven players of colour who recently formed the Hockey Diversity Alliance, said players 13 years old and younger should not be exposed to music with racial slurs. But he believes older players should have the right to choose whether they want to listen to music with language that some might consider to be offensive.

"If you’re playing Grand Theft Auto, do you go out and shoot people afterwards? For the most part, we don’t do things like that,” Kane said. “Just because you hear or see something doesn’t mean you should be doing it. Kids who are 14, 15, and 16 are old enough to know what’s right and wrong if they are educated and have good parenting.”

Former NHL and Team Canada player Anson Carter said he wants coaches to encourage players listening to music in dressing rooms to play clean versions of songs because he believes using the n-word in music helps normalize the slur.

"If artists have a problem with people saying the word, don’t put it in your damn song, simple as that, and don’t say, ‘Oh it’s okay for this one group to say it,’ when they’re singing your song but this other group can’t say it,” Carter, 46, said in an interview with TSN.

Kevin Weekes, a former NHL goalie who played in the GTHL, said amateur players, particularly those under the age of 16, should be required to play clean versions of songs if they are available.

"Sometimes you have to protect the kids from themselves,” Weekes said. “It certainly doesn’t make you any less of a person to listen to the edited version of a song by Tupac, or Eminem or Drake.”

Weekes said coaches who do permit songs with discriminatory lyrics should make it clear to their players that they aren’t permitted to use those lyrics in a derogatory way.

"It might be the sound and vibe they like, but let’s make sure they’re not saying these lyrics around race in a mean-spirited way,” he said.

Devante Smith-Pelly, who has played eight seasons in the NHL with Anaheim, Montreal, New Jersey and Washington, said he doesn’t have an issue with young players listening to the music of their choice.

"I’m not going to tell people what they can and can’t listen to,” Smith-Pelly said in an interview on Friday with TSN. “In every different song there’s people talking about calling women whatever, people whatever. I’d say don’t use those words either. But the n-word is off limits. I don’t know how else to explain it. That’s how they talk in the music.”

Smith-Pelly said he’ll never forget the first time he was targeted by racial slurs. He was 17, playing for Team Canada in an international tournament. Following a game against Germany, as the players made their way through the handshake line, one of the German players called Smith-Pelly a slur.

"It hurts, it’s hateful,” he said. “Coaches should educate their players. In hip hop and rap, songs also say things about women and other people that I wouldn’t say either. You have to separate the music from your life. People don’t go and re-enact movies every day. In a movie if someone chops someone’s head off, you don’t go do that in real life. I don’t think this is too hard. You listen to the music and you like it. It sounds good. But that word, the n-word, it’s off limits. You separate the two.”

Cheryl Teelucksingh, a sociology professor at Ryerson University who teaches courses on race, ethnicity and sports, said she would welcome leagues such as the GTHL introducing rules around song lyrics in the dressing room.

"It does something to you to keep hearing it, even if it has become sort of normalized,” Teelucksingh said. “If you're a racial minority and you're hearing the n-word all the time, it becomes a reflection of how you think others see you and what your place is in society. The language is still very much rooted in a set of social relations that maintains the power of whites and subordinate racial minorities, and the fact kids are getting desensitized to it means that they're forgetting the significance of that language.”

Eustace King, a Los Angeles-based player agent whose clients include J.T. Brown and Wayne Simmonds, said he hopes that in future years, musicians themselves will opt against releasing songs laced with racial slurs.

"Everyone has freedom of speech and freedom of choice, but my recommendation is coaches need to be examples and role models and that extends to music in the change room,” King said in an interview with TSN, “If the music lyrics are derogatory, we need to think about that. Every kind of music – hip hop, rock and roll, country and reggae – has content that’s based on someone’s experiences and pain and every coach has to determine what’s appropriate for their team.”

King said he helps to coach his sons, Kingston and Santana, on the Valencia Flyers. Neither of those boys, who are 10 and 8, will be exposed to music with slurs in the dressing room, King said.

"I’m going to make sure I have appropriate music, the clean versions, that’s motivating and uplifting in my locker room,” he said. “Different kids at different ages have abilities to digest information. In my locker room, songs that are vulgar and have profanity or derogatory terms for women, or people of colour, I’m just not going to do it. For me, this is about being a good role model and setting the right example.”