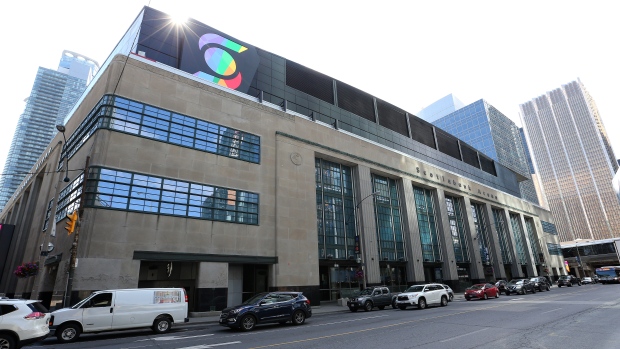 The NHL and NHL Players’ Association have finalized a tentative agreement on Phase 3 and 4 protocols to open training camps and resume the 2019-20 season inside secure “bubbles” in Toronto and Edmonton.

The two sides continue to hammer out language and details for memorandum of understanding (MOU) on an imminent, new six-year Collective Bargaining Agreement.

When that is agreed upon, the entire package - the Phase 3 and 4 protocols and CBA extension - will need to be ratified by both the NHL’s Board of Governors and the NHLPA’s full membership. Those votes are expected to occur some time this week.

For now, all of the details surrounding how the NHL plans to operate and maintain what it is calling a “secure zone” have emerged for the first time:

> In the Bubble: Each team will be permitted to bring a maximum of 52 individuals inside the secure zone, including ownership, players, coaches, executives and staff.

Teams are permitted to bring no more than 31 players. The list of each traveling part must be submitted to the NHL by July 13, the day training camps are scheduled to open.

Each team will have at least one physician, one security representative, one club Phase 4 compliance officer, and one content creator / social media member included in the traveling party.

> Testing: Every person inside the NHL’s “bubble” will be tested for COVID-19 daily via nasal swab, also administered temperature checks and symptom screenings.

The list of people requiring daily testing is massive and includes but is not limited to: all players, staff, officials, arena ice crew, security, hotel bartenders, food service staff, arena food and beverage staff, hotel housekeeping, hotel kitchen and food prep staff, and bus drivers. Simply put, any person who has contact or may come into contact (even indirectly) will be tested daily.

With 24 teams inside the bubble (at 52 people per team), that is 1,248 tests required daily for team personnel only. Add in all of the other levels and it is easy to imagine the NHL requiring upwards of 2,000 tests daily to begin the 24-team tournament. That is 20,000 tests in first 10 days alone.

> Calling it off: At any time before or during play in the 24-team tournament, the NHL and NHLPA have the ability to postpone, delay, move or cancel any games in the event conditions present “risk to player health and safety” and/or jeopardize “the integrity of the competition.”

Those conditions may include “an uncontrolled outbreak of COVID-19 in the players of one or more clubs” participating in the tournament. No specific number of positive cases was provided in the protocol to define the “uncontrolled outbreak” threshold. The NHL has maintained that singular or even multiple isolated positive tests will not halt play.

The NHLPA may contest any ruling from commissioner Gary Bettman in the form of an “expedited arbitration of a grievance” before an impartial arbitrator.

> Compliance: Any team that violates the rules set in the protocol will be subject to “significant penalties, potentially including fines and/or loss of draft picks.” Any player who refuses to follow the testing and monitoring protocol will not be allowed to participate and may be subject to permanent removal from the bubble.

> Opt-out: Any player may choose to not participate in the return-to-play tournament for any reason and without penalty. The deadline to opt-out will be three days after this return-to-play protocol package is ratified by a vote, likely giving players at least until July 13, when the list of each traveling party is due.

> Bubble life: Each bubble will be tightly secured, no one will be able to enter/exit that is not authorized. Players will be living in single occupancy rooms, no roommates, with each team assigned designated floors. Players are not permitted to enter each other’s rooms. Housekeeping will be provided every third day. Hotel bars and restaurants will be open and available in the bubble, provided social distancing is followed.

Players will have access to hotel pool and fitness centre. Each club will be provided with a designated meeting space in the hotel. Each person will also have access to contactless room service delivery, as well as delivery from local restaurants available for pick-up.

The NHL is also planning for league-approved “excursions” both inside and outside of the bubble. Think designated tee times at a local golf club, etc. All transportation will be provided to/from the excursion and social distancing, face coverings and personal hygiene measures will be mandatory. There will also be outdoor areas to walk, exercise and mingle on campus.

> Arriving in the bubble: Every person will be tested three times, 48 hours apart, in the seven days prior to their charter flight to the bubble. They will not be subject to quarantine upon arrival, including for teams/players/staff coming from the United States. Daily testing will begin upon arrival. During the first five days inside the bubble (exhibition games), individuals will only be allowed to engage in social interaction with people from their own team’s traveling party.

> Leaving the bubble: Players who are authorized to leave the bubble for a medical reason or extenuating personal circumstance (birth of a child or death of a family member, etc.) will be permitted to return. They will be forced to quarantine on return pending four negative tests over a four-day period - or longer, depending on the location they visited outside the bubble and those circumstances.

> Family visits: Players’ immediate families (spouse/significant other and children only) will be permitted to join the NHL’s bubble during the Conference Finals and Stanley Cup Final in Edmonton. Families will be allowed to stay in the same hotel room as the player, only after an acceptable quarantine and daily testing have been conducted inside the bubble.

That means players advancing to the Conference Final will go a minimum of five weeks away from their families.

> Help at home: While players are gone, NHL teams will offer to assist families remaining at home by providing grocery delivery and errand delivery services.

> Positive tests: Any person inside the bubble who tests positive will immediately be isolated.

A second “confirmatory” test will be administered. If that test returns positive, then that person will be instructed to isolate until medical clearance is administered. Even if that confirmatory test is negative, that person shall remain isolated and will be tested again in 24 hours - only until a second negative test is provided will that person be permitted to exit isolation.

An ‘asymptomatic’ confirmed positive case will be allowed to rejoin after two consecutive negative tests over a 48-hour period, or after 10 days of passage in isolation.

A ‘symptomatic’ confirmed positive case will also be able to rejoin after symptoms have subsided (no fever, no respiratory symptoms) for a minimum of 72 hours, provided the person was in self-isolation for a minimum of 10 days since the onset of symptoms.

> Nondisclosure: No player who tests positive or develops symptoms will be identified to media or publicly, absent approval from the NHL or NHLPA.

> Player safety: Any player exiting isolation must “continue to refrain from exercise for a 14-day period from the time of the first positive test.” After that, players shall receive cardiac testing, including at a minimum: an ECG, echocardiogram and high-sensitivity troponin.

> Contact tracing: Any person considered to be in “close contact” with a positive test case - defined by the NHL as in contact for 15 minutes or longer at 6-feet or less - in the 48 hours leading up to the time of their positive test, will be immediately removed and tested. That person will then be monitored closely for a 14-day period.

> Cleaning procedures: Between every period during games, each bench area must be disinfected, including flooring, bench surface, top of dasher board and water bottle area. Vertical dividers will separate each players’ water bottle. All locker rooms, team spaces and event floor areas will also be disinfected daily.