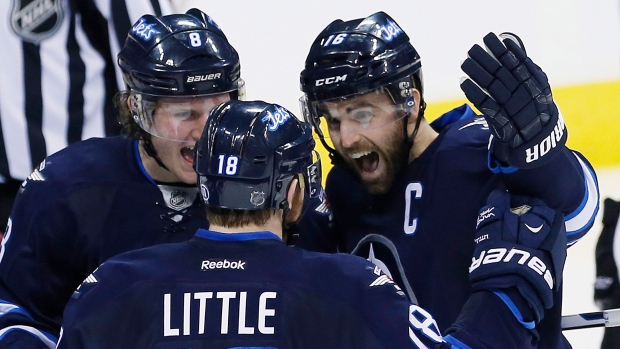 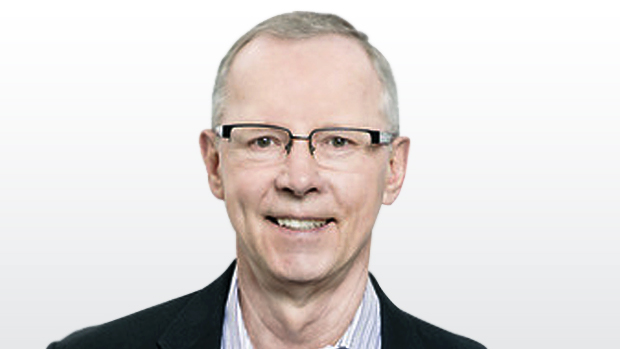 It is interesting times for the Winnipeg Jets as they head into the final 16 games of the regular schedule. The Jets sit in the No. 2 wild card spot in the West and are coming off a win in Nashville to start a four-game road trip.

The Jets are one of a few teams facing some adversity in the form of injuries and a tough schedule. Florida certainly comes to mind playing without Roberto Luongo and Al Montoya. The Jets are already minus Mathieu Perreault who was having a career year, Bryan Little (day-to-day for now) and Dustin Byfuglien (2-4 weeks) in their final home game before the trip. It was a loss to the charging Ottawa Senators, and as you would expect at this time of the year and with the standings as close as they are, there was and will be plenty of talk about the Jets playoff chances.

When GM Kevin Cheveldayoff brought in some players prior to the trade deadline, it was to bolster the lineup and add depth. Things would look a lot different without those moves.

In the lockout season the Jets were in a position to finish number one in the Southeast Division and qualify for post season. Then back-to-back home games against Washington changed everything. The Caps won 4-0 and 6-1, went on to finish six points ahead of the Jets and be the only Southeast division team to be in the playoffs.

Last year Paul Maurice arrived and the team went on a run. Then with injuries mounting and players banged up, Mark Scheifele went down for the rest of the season and the Jets won three of the next 13. Not enough depth to withstand the hurts.

Yes, the Nashville game Saturday was just another in the 82-game schedule. Or was it? Down key players, having never earned a win against Pekka Rinne, and with only one win in Nashville since relocation, it perhaps was not the way to start a four-game trip.

It was an interesting morning. After the skate players were asked the normal questions... about life without Little and Byfuglien. And as much as the players agreed you don't replace the two, there was no panic, there was no defeated attitude. Some players did not like the tone of the question. If fact I'm not sure Coach Maurice liked it.

"We have good people to take those minutes. You don't replace them, but we have depth on the right side of our D. Jacob Trouba appreciates and enjoys playing more minutes. Tyler Myers and Toby Enstrom can play big minutes. We really like Dustin Byfuglien but don't underestimate how good the back end still is. It's more of a process to replace a number one centre, to replace the position. But we will watch with great interest how Andrew Ladd plays with a different centre. This is nothing compared to what we went through in the past. We'll keep fighting. You can feel it in the room that we are ready for the challenge. At the start of the year we wanted to get into this playoff fight, now we're in it. Enjoy it."

Little has taken 1,444 faceoffs, the second most in the NHL going into the Saturday game. And over and above that part of it, he plays the power play and kills penalties. Coach Maurice has often talked about continuing to work on routines, and "how we need to look when we play the right way." The key, stick to the system that is in place.

This from Adam Lowry who moved into Little's spot. "You don't replace Bryan. He does so many things. But our system allows for players to be interchangeable. I'm looking forward to the challenge."

So now we fast forward to after the game. We have written before how this group maintains the "what happens in the room, stays in the room" mentality. It was a game where the Coach mentioned the three players with letters on the jersey, that being Ladd, Mark Stuart and Blake Wheeler. "Everybody had a piece of that win. But that game gets won on leadership. The room has to get right to get that kind of effort. Coaches can say what we want, but that doesn't get done unless you have the right three guys leading the way. They are learning to trust each other, teaching each other how good they can be." So a huge compliment yes, but also a reminder of what will be needed in the final 16 games.

Further to "everybody had a piece of that win", Stuart added "we needed everybody in here and we got it."

From Wheeler: "Laddy led the way. He's our captain. He got us off to the good start and we followed."

And from Ladd, "We've learned to deal with adversity, we've had it all year. Love the meaningful games." Ladd has not played a lot of games without Little as his centreman. In his post-game interview on TSN 1290, "We (he and Little) have a warmup routine so I was a little lost out there for a bit."

So yes a great effort in Nashville, but it's on to the next challenge. The trip continues Tuesday in St. Louis and with the Predators having trouble finding wins, the Blues are very much eyeing top spot in the Central.

Goalie notes:
Michael Hutchinson looks to get his career-high seventh straight start against the Blues, and is 6-1-3 in his last 10 games. Coach Maurice on Hutchinson, "like the way he's playing. He's generating points. He's competitive, works hard at practice and his confidence comes from his preparation. It never crossed my mind that he was going back in (against Nashville after getting pulled in the home game vs Ottawa). He's earned all of this. Go back a year, nothing was handed to him. He worked so hard at practice I had to put him in." Hutchinson went from the ECHL to the AHL to the NHL and back to the AHL last year – leading St. John's to the AHL final. This season his first start was in Los Angeles where he got pulled. His next start was nine games later. It was back to back for the Jets. Ondrej Pavelec a 1-0 shootout shutout in New York over the Rangers on Saturday, Sunday Hutchinson with his first NHL shutout, a 1-0 win in Chicago.