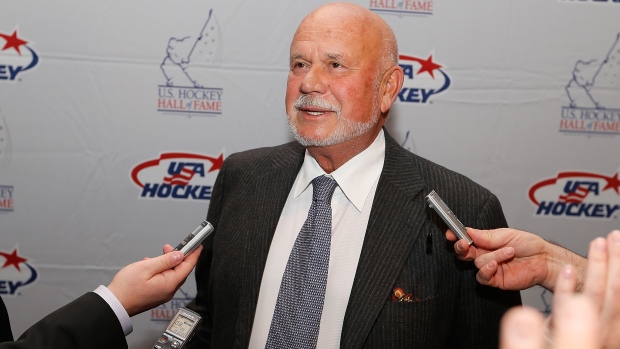 PEBBLE BEACH, Calif. - The Florida Panthers received an $83-million bailout package from Broward County on Tuesday night, shifting attention back toward the Carolina Hurricanes as a possible relocation target.

Hurricanes owner Peter Karmanos Jr. did his best to quell those rumblings after the NHL wrapped up their annual Board of Governors meeting on the Pacific coast.

“There’s never been a discussion of any kind with anybody with the Hurricanes on that,” Karmanos told TSN colleague Pierre LeBrun on Tuesday. “We have one of the best arena deals in the league, if not the very best. We’ve been there almost 20 years. That’s our home. That’s where we’re going to stay.”

Karmanos, 72, is no stranger to relocation. He pried the Whalers out of Hartford in 1996. The former Compuware executive has been searching for partners to buy a stake in the Hurricanes for more than a year. Karmanos’ interest in reducing his stake, coupled with the ‘Canes sagging attendance, has fuelled speculation.

Carolina is last in the NHL in average attendance with just 10,759 fans through 16 home dates this season — less than 58 per cent capacity of PNC Arena. Interest has waned with the Hurricanes qualifying for the playoffs just once since winning the Stanley Cup in 2006. They are on track to miss for a seventh consecutive season.

“Even when I’m gone, the team isn’t going anywhere,” Karmanos said. “Because of the deal we have with the arena in Raleigh is so lucrative. You would have to be an idiot to move it.”

The Hurricanes’ parent company, Gale Force Holdings, lost $1.3 million last season, according to publicly filed documents obtained by Forbes Magazine, which do not appear to account for team payroll.

Those documents indicate the Hurricanes pay just $2.45 million per year to lease the arena, as Karmanos alluded. The team also gets to keep all revenue from arena rentals ($6 million from concerts and events) as well as parking ($2.7 million) and naming rights ($1.3 million).

Even though Quebec City may need a relocation partner to make their NHL return dreams a reality, the NHL is very much interested in making Carolina work. Raleigh is already bigger than quite a few other NHL markets and is one of the fastest growing in the U.S. Relocation remains the dirtiest word in NHL headquarters.

Local investors are believed to be interested in purchasing the Hurricanes, but Karmanos does not want to relinquish complete control of the team.

“I’m looking for a partner that I can transition, as I’m 72 years old, transition the team in an orderly fashion to somebody three, four, five, six years from now,” Karmanos said.