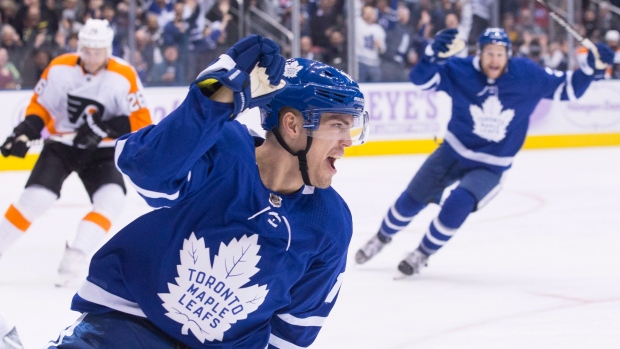 If there is one component of roster building that NHL front offices understand better today than ever before, it’s the importance of competency across depth players.

Understandably, NHL front offices have spent years chasing start player after star player. The most skilled forwards in the world tend to play about 30 per cent of the game. If you have a decisive advantage in those minutes, you’re going to end up winning a lot of hockey games.

But that sort of talent is finite. And even if you find that type of talent, you can run into salary cap issues quickly. Some of the league's most dominating players – think Connor McDavid and Sidney Crosby – can consistently consume anywhere from 12 to 15 per cent of the salary cap. Every front office in the league should be comfortable with paying that price tag, but once that contract is signed the complexity of team building increases. If you thought building quality depth was hard, try doing it in a hard cap environment where there is only a few million dollars to allocate.

Regardless of what your top line or top pairing looks like, the reality is the NHL is as competitive as it has ever been, and building quality depth remains a focal point for all organizations. That means drafting and developing well, plus making the most out of young and talented players on their first and second contracts. It also means being able to find talent externally and putting those players in positions to succeed.

At this point in the season, we’re starting to get a real sense for how teams and coaching staffs view their lineup. I thought it would be interesting to grade out the bottom-six forwards for every NHL team. This isn’t an exact science (we see coaches flex players up and down the lineup in-game all of the time), but we can get pretty close with our approximations.

The average bottom-six forward in this tier is outscored 60 to 40 while on the ice (Goal: 40%), which is obviously pitiful. I want to spotlight three teams here with truly dreadful performance: Chicago, Edmonton, and Ottawa.

Chicago is probably the most cap-strapped team – an issue has been well-documented at this point. For years, while chasing (and winning) Stanley Cups, the Blackhawks gave a lot of money to star players and traded away future assets to protect the core. It worked masterfully, and the resulting degradation was, in some ways, to be expected.

But the reality of the Blackhawks situation is they have a lot of players who are barely hanging on to NHL jobs. Outside of David Kampf, every Blackhawks’ bottom-six forward has been considerably outscored (Note: a couple of these names are recent acquisitions via trade with Arizona), and their fourth line has been dreadful. It’s not just young players struggling early – guys like Chris Kunitz and Marcus Kruger are eating into some of that ice time and getting absolutely zero results.

I already touched on Edmonton’s top-heaviness in a previous column and won’t go into too much more detail here, but it remains worth watching to see what happens to Milan Lucic’s ice time. The issues with his contract are well-documented, and it feels as though the pace of today’s game has ruined his production. But the organization had been a bit reluctant early in the season to move him outside of the top six, likely believing his game could be resurrected. I think we’re starting to see that taper. Lucic is seventh in average ice time amongst Oilers forwards and head coach Ken Hitchcock has talked about using him in a checking-line role with fellow bottom sixers Zack Kassian and Kyle Brodziak.

Ottawa is another team we’ve touched on – one on pace to give up the most shots in NHL history. But I did want to note that you’ll find two of the worst Goal% in the league (Tom Pyatt and Magnus Paajarvi) skating in Ottawa’s bottom six. Surprisingly, coach Guy Boucher promoted Pyatt to the top line, hoping to add more defence to the Matt Duchene group. Either Boucher thinks extremely highly of Pyatt despite woeful results, or he thinks that lowly of the defensive performance on Duchene’s line. Perhaps both are true.

The average bottom-six forward in this tier is outscored 55 to 45 while on the ice (Goal: 45%). It’s not a great number, but it’s something you can live with, especially if you have an elite top six. These groups do tend to play some minutes against more skilled forwards, so expecting them to break-even in goals is a bit of a tall order.

Let’s take a sampling of the forwards and their association here as well, with a focus on Buffalo and Florida:

The Sabres are the league’s most interesting story – winners of 10 straight and seemingly unbeatable right now. With so many points already in the bank, the Sabres need to be taken as a serious and credible threat to steal one of the eight playoff spots in the Eastern Conference. Naturally, attention will turn to their front office, which may start looking for some positional upgrades to bolster a postseason run.

The Sabres are one of the most stratified teams when it comes to top six versus bottom six performance. Yes, Jeff Skinner and Jack Eichel are tearing the league apart, but they’re also helping to pull a bit of dead weight further down the lineup. The Sabres are only getting about 43 per cent of the goals when their top six is off of the ice, which, for a playoff-calibre team, seems rather low. Only Casey Mittelstadt (60 per cent) has outscored the opposition while on the ice. Buffalo, to that end, seems like a team that may jump into the market for another productive play-driver and scorer as the trade deadline approaches.

I call out the Panthers as another interesting team not because they are getting high-end performance from their bottom six, but because the performance of their bottom six is indiscernible from their top six. Regardless of who is getting ice time, the Panthers are getting 47 per cent of the goals. That’s more of a mark on Florida’s better players than anything else. (Vincent Trocheck, Jonathan Huberdeau and Alex Barkov have been outscored versus their opponents this season.)

The average bottom-six forward in this tier outscores their opponent 52 to 48 while on the ice (Goal: 52%). It must be a great feeling to know that even your depth forwards can beat up on other teams around the league. It’s one of the finest luxuries a team can have, allowing coaches to get creative with how they deploy their lineup because they know that there are few team weaknesses.

I want specifically to focus on the two teams that have seen the best results from their bottom-six forwards – the New York Islanders and the Toronto Maple Leafs. All units again tabled here:

The Islanders, like the Sabres, have been a big surprise this season. Five of their depth forwards have a Goal% of 60 per cent or better, with Valtteri Filppula leading the way. That name should raise eyebrows, because Filppula appeared on his way out of the league after a couple of unproductive seasons in Philadelphia. Filppula has 16 points in 23 games in 2018-19, and has been a key feature in what’s been a surprising offensive start for the Tavares-less Islanders.

That brings us to the Maple Leafs. It’s been fascinating to watch Toronto this year, mostly because all of the attention has been centred on their stars – Auston Matthews before the injury, Mitch Marner since Matthews’ injury, and John Tavares virtually all season. But that does a bit of a disservice to the bottom half of their lineup which has truly been sensational this season. They have been so good, in fact, that the Maple Leafs have more of a goal advantage with their depth players on the ice than their star players (60 to 58 per cent).

It will be worth watching to see if this advantage erodes going forward. The Maple Leafs have done a tremendous job of drafting and developing talent, and the talent has come in waves – most of the marquee names in Toronto was brought in within the last few years, and I’m not even counting the still-unsigned William Nylander. At some point, those players will start costing a pretty penny. We’ve seen it with Tavares, we’re seeing it with Nylander and we will see it with Matthews and Marner. That means less money available to retain some of the other talented players further down the lineup.

There’s no question that puts more pressure on getting the drafting right. But I think Kyle Dubas and the Maple Leafs will take that trade any day of the week.