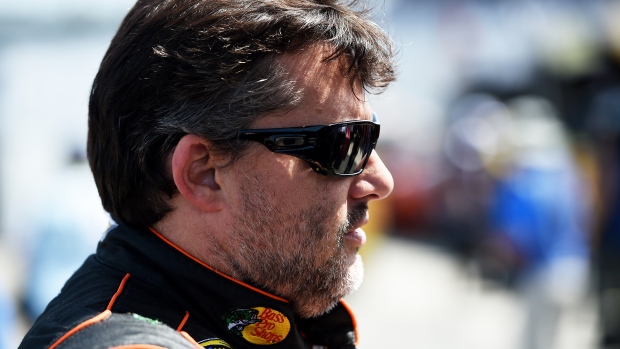 District Attorney Michael Tantillo has announced that a grand jury has concluded that NASCAR race car driver Tony Stewart will not face criminal charges in the death of Kevin Ward Jr. This is obviously good news for Stewart, although things are far from done.

During a dirt track race on August 9 in upstate New York, Ward's car was spun out by Stewart. Furious, Ward unbuckled, climbed out of his car and walked onto the track to confront Stewart, at which point he was struck by Stewart's car.

Tantillo recently referred the case to a grand jury to determine whether criminal charges were appropriate. If a grand jury believes that criminal charges are warranted, they issue an indictment or return with what's called a "true bill". The case is then rubber stamped for trial. If they decide that charges should not be pursued they issue what's called a "no bill" or "no true bill".

The grand jury is an arm of the court. It does not decide whether or not a person has been proven guilty. That is the trial jury's job.

Rather, a grand jury decides whether or not a person should be formally charged with a crime. In doing so, they consider whether there is enough evidence of a crime and whether there is reasonable (or probable) cause to believe that the accused person committed that crime. With probable cause, the question to be asked is whether a reasonable person would conclude that something is probably true.

The probable cause threshold is relatively low and lot lower than what is required to secure a criminal conviction, which is guilt beyond a reasonable doubt.

At least a majority of 12 of 23 jurors must vote to indict. Again, this is in stark contrast to the much higher standard at a criminal trial, where an acquittal can be secured if just one juror agrees with the defendant.

Tantillo revealed what was expected as far a criminal charges presented to the grand jury for consideration: manslaughter in the second degree and criminally negligent homicide.

Also called involuntary manslaughter, the key component of a second degree manslaughter charge is recklessness. Specifically, a reckless defendant acts with an awareness that his actions are likely to cause the crime but nevertheless persists with his actions.

On the second charge, in order to be characterized as "criminally negligent", it has to be shown that the defendant was not aware of the potential consequences but should have been.

When the news broke that Tantillo had referred the case to a grand jury, Stewart's camp must have been concerned – very concerned. Generally speaking, grand juries more often than not return with an indictment. It is only in limited circumstances that an indictment is not issued. This is in large part due to the one-sided nature of the proceedings. The grand jury process heavily favours the government. They pick the evidence, the witnesses, and most of the time, are the only ones questioning witnesses. That together with the low probable cause threshold and the requirement that only a majority of grand jurors need to rubber stamp a case for trial means that potential defendants get very nervous when they hear the words "grand jury".

Even Tantillo remarked that an indictment not being issued is unusual.

"It doesn't happen very often. It happens occasionally...No-bills are not frequent, but they happen on occasion," Tantillo said.

Why Send The Case To A Grand Jury?

Given that indictments are a likely outcome, one assumption is that Tantillo believed there was sufficient evidence to lay criminal charges against Stewart. Referring a case to a grand jury is not done lightly.

However, Tantillo expressed a different sentiment yesterday. He said there were a number of factors that influenced his decision. First, he believed there were a "number of inconsistencies" in witness accounts. Second, there were "important witnesses" refusing to provide statements to the police, and the only way to get them to cooperate was to subpoena them before a grand jury and have them testify under oath.

Tantillo also spoke of making sure to get this right in light of the case's public profile.

"Finally when you have a case of this magnitude and this interest, I think it's important that the public knows that a large group of citizens drawn at random from the community heard all the evidence in the case and collectively returned a judgment. I think it's something people can rely on. That's important, too," Tantillo said.

So ultimately, Tantillo seemed to believe that the evidence was at best inconclusive, and convening a grand jury was an effective way to flesh things out.

Tony Stewart: Not Over Yet

Tantillo indicated that Ward's family was "disappointed" with the result. The Ward family also released this statement:

"Our son got out of his car during caution while the race was suspended. All the other vehicles were reducing speed and not accelerating except for Stewart who intentionally tried to intimidate Kevin by accelerating and sliding his car towards him causing this tragedy. The focus should be on Mr. Stewart and not my son. This matter is not at rest and we will pursue all remedies in fairness to Kevin."

Translation: The Ward family is going to sue Stewart for wrongful death. If a person is killed as a result of the negligence or misconduct of another person, the surviving members may sue for "wrongful death".

The Ward family clearly believes that Stewart intentionally kicked the back of his car out to, at the very least, put a scare into Ward. This negligence claim will be the basis of their lawsuit.

As far as defences, Stewart will argue that Ward is to blame. Stewart's lawyers will say that Ward placed himself in an inherently dangerous situation by walking into upcoming traffic at night dressed in black.

As well, Tantillo noted that Ward had marijuana in his system and that the "levels that were determined were enough to impair judgment". Stewart will also rely on this to show that Ward's judgement was compromised.

This will be a civil trial for money and not a criminal trial.

The criminal case against Stewart should now be considered closed.