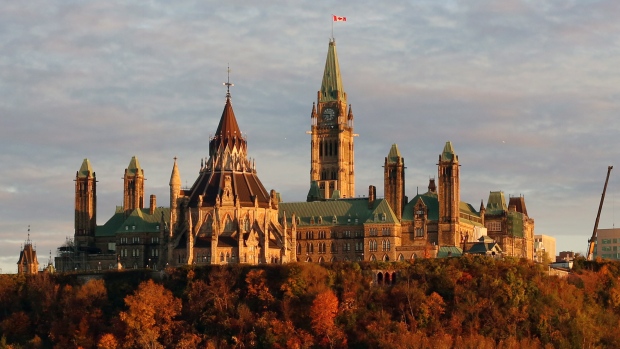 Ottawa has always felt so safe, like a second home, really.

Is it 40 times? Fifty? One hundred? I've never thought to count them up, to be honest, from the time I started covering junior hockey games there in 1979 to last Thursday, when I was there for the Senators' home opener.

But it's been a lot.

And as I sat on a plane today in Toronto, waiting to take off for New York, reading the horrific Twitter updates of possible shooters on the loose, a brave reservist of the Canadian Forces killed at the National War Memorial, of possible shootings elsewhere in the area, including the mall‎ I was casually strolling through last week, well, it's almost incomprehensible.

In this world we live in, it shouldn't be incomprehensible but it still is.

I arrived in Ottawa from New York late Thursday morning last week, checked into the Westin though my room wasn't going to be ready for another hour. So I did what I've done countless times before, take the elevator up to the third floor and into the Rideau Centre.

I guess it had been almost a year since I was there last -- Daniel Alfredsson's return as a member of the Detroit Red Wings last November-- so I was surprised to discover the mall's street level food court and "my" long-time Tim Horton's was gone, under construction apparently, so I searched out the new food court at the opposite end of the mall.

No Tim's, apparently, but it was teeming with people and as I sat down at a table with my lunch, I happened to be seated close to a large group of teenagers, obviously on lunch break from their school.

It's funny to watch kids interact with each other sometimes. You never know what you're going to get but this group of kids, spread out over two or three tables, struck me as maybe the nicest, happiest kids you could possibly imagine. They came in all shapes and sizes, all colours and nationalities, but what struck me was how incredibly kind and considerate and caring they were to each other. They couldn't have been happier, sharing each other's company‎, smiling, laughing, seemingly no boundaries or walls between them or the different tables they were sitting at.  I watched them, was maybe even awed by them, for a good 15 minutes.

In fact, it so made an impression on me I briefly thought about tweeting that I just saw a group of high school kids in Ottawa who made me feel really good about the world, about our "community," how uplifting it was to see such inherently "good" or "nice" kids, or so it seemed to me. I thought of their parents and how pleased they must be at how well, at face value anyway, their kids looked to be turning out.

I thought better of tweeting something, though, not feeling like opening a door to Twitter trolls, but as I went about my business in the mall -- going over to Hudson's Bay Co. to get a new watch battery; stopping by Chapter's to see if my book was on display; dropping into Starbucks for a tea before going back to the hotel to get my room -- I thought about how much I enjoy Ottawa, how safe and comfortable it always is there, how maybe more than any Canadian city I visit, it feels like home.

It was a good day and it ended as it started: happily, relaxing with friends and work colleagues in the hote‎l bar after broadcasting the Sens' home opener, a victory that sent everyone in Ottawa home happy that night.

And then came today and the horrifying news from the Canadian capital.

Of course, my thoughts are, first and foremost, with ‎Cpl. Nathan Cirillo, who was killed standing guard at the War Memorial, and his family and friends.

I thought about the brave first responders who put themselves in harm's way when everyone else is running to safety.

But I also thought of my friends and colleagues who were today at the Westin for tonight's (now postponed) Toronto-Ottawa game, the same as I was last Thursday for the Senators and Colorado Avalanche game, and how something like affects everyone.

And amid the reports of the mall and the hotels and the schools and the office buildings downtown being locked down with reports of gun fire ringing out, I thought of those high school kids and I wondered how they must be feeling, how different it would have been from when I saw them last week.

None of us are naive enough to deny the existence of evil. It's all around us and it doesn't discriminate, not by country or city or town or village, so we shouldn't be surprised when it violently appears out of nowhere. When it does, there's no immunity.

Which is what makes today such a difficult one for everyone everywhere.

But‎ I'm sure it won't be long before I'm in Ottawa again and I'm going to go the mall and I hope I see those kids, still happy and smiling, doing their part to make sure good triumphs over evil.