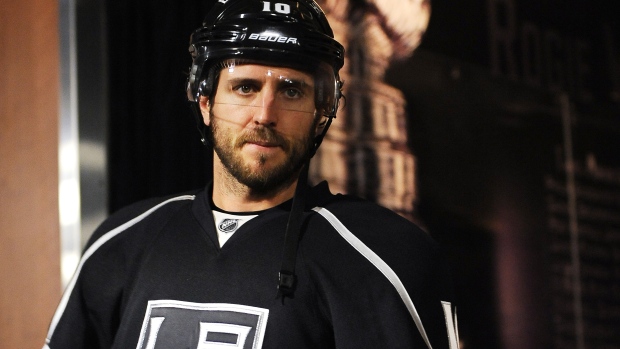 After a settlement was reached on Friday between Mike Richards and the Los Angeles Kings on the wrongful termination of his contract, eyebrows raised in front offices around the league.

By terminating Richards’ contract for “material breach” on June 30 with five years and $22 million remaining, ignoring the ordinary-course buyout procedure in place, and then answering to an NHLPA grievance with a settlement, the Kings may have opened up a can of worms for the NHL.

Although exact figures have not yet leaked out, the Kings are believed to be on the hook for less than what an ordinary buyout would’ve impacted their salary cap. Los Angeles will continue to be penalized with a salary cap recapture penalty of $1.32 million until 2019-20, plus a smaller amount equal to what Richards will receive in salary from the Kings until the end of the 2030-31 season.

From a financial perspective, the Kings do not have to pay out $22 million over five seasons and instead will now spread it out over 15 seasons. A normal buyout would have been 10 seasons.

But with the salary cap incrementally increasing over the next 15 seasons, that additional smaller number due to the Richards settlement will likely have a negligible impact on the Kings’ salary cap.

The question is: will other NHL teams now attempt to divorce themselves from unpalatable contracts using a similar loophole?

A source told TSN Hockey Insider Pierre LeBrun that Richards’ settlement includes “non-precedent” language so other teams in similar positions may not cite the Richards case, though that may be common in many player-league settlements.

NHL deputy commissioner Bill Daly answered to those concerns in a statement to LeBrun on Saturday.

“There was a bona fide dispute over the Club's exercise of its termination right pursuant to the SPC (Standard Player’s Contract),” Daly said in an email. “There was a grievance filed by the Union seeking resolution of that dispute. The Club is entitled to settle that grievance just as many Club-Player grievances are settled all the time. The CBA not only allows for those settlements, but provides for how the settlements should be accounted for from a Cap perspective. The settlement here is being accounted for in precise accordance with what the CBA contemplates.”

Furthermore, Daly said the NHL kept a close eye on this entire development ever since the Kings terminated Richards’ deal back in late June.

"The League actively monitored each stage of this dispute from the time of the initial contract termination to the point at which the case was settled, during which time we were in frequent contact with both the Club and the NHLPA,” Daly said. “If the settlement was simply a disguised way to get favorable Cap treatment, we certainly would have considered it to be a circumvention and acted accordingly. But this wasn't that. Far from it. There is absolutely zero concern that anything that transpired here could in any way be considered a `circumvention’ of the CBA. Anyone who believes to the contrary is clearly not privy to the facts.”

Richards, 30, is an unrestricted free agent free to sign with any team. He has not spoken publicly since being detained at a U.S.-Canada border crossing on June 17, where he was arrested and later charged by the Royal Canadian Mounted Police for possession of a controlled substance (Oxycodone).

Richards’ court case is scheduled to resume on December 8 in Emerson, MB.

Kings general manager Dean Lombardi provided a written statement to the Los Angeles Times in which he said what happened to Richards is “a tragedy” that he “cannot let go.”

“Without a doubt, the realization of what happened to Mike Richards is the most traumatic episode of my career,” Lombardi wrote to the Times. “At times, I think that I will never recover from it. It is difficult to trust anyone right now-and you begin to question whether you can trust your own judgment. The only thing I can think of that would be worse would be suspecting your wife of cheating on you for five years and then finding out in fact it was true.”