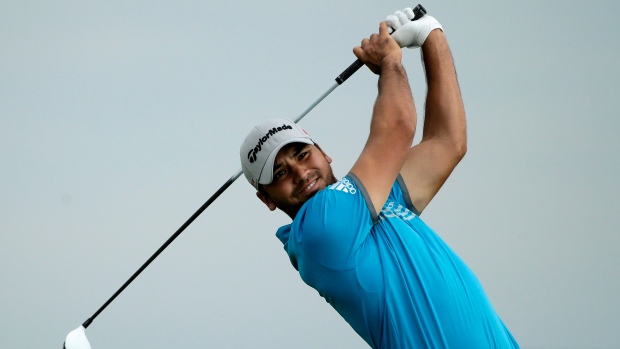 The opening day pairings for the Presidents Cup are out and there are several interesting matches for the first round.

First off, a bit of an explanation: The format for this year's cup was altered slightly after PGA Tour Commissioner Tim Finchem agreed to drop the number of matches from 34 to 30. So instead of six matches on Thursday, there will be just five. Same for Friday.

Saturday's rounds have gone to four matches from five.

The only stipulation from the commissioner was that every player had to play at least twice prior to Sunday's singles. So there is some jockeying as captains Jay Haas and Nick Price work to satisfy the rules and put up a formidable team for the opening foursomes matches.

The Americans are leading with their bombers in Watson and Holmes, two of the longest hitters in golf. It was apparently Watson who requested Holmes as a partner and Haas was only too happy to fulfill that request. The Internationals are responding with a pairing that produced 1.5 points in four matches in 2013, and with Scott having decided to make the switch to a conventional length, unanchored putter. Matsuyama's English is much better than two years ago but still a long way from being conversational so that may be a handicap as well.

Kuchar is the Americans' most flexible player having played with three different partners in three matches at last year's Ryder Cup. He's partnered with Reed who played all his matches alongside Jordan Spieth. The ever-calm Kuchar may be able to keep Reed, who taunted the European fans at Gleneagles, in line. Their opponents are the South African duo of Grace and Oosthuizen. There is some question of Oosthuizen's health having pulled out of the Dunhill Cup with a sore hamstring. If he's healed, the Internationals will be strong.

The Walker-Fowler pairing worked well at the Ryder Cup last year, halving three of four matches. Lahiri and Jaidee are both rookies to the Presidents Cup although they partnered in last year's Eurasia Cup and both come in playing some good golf. The Americans can't underestimate the talent of the lesser-known (in North America, anyway) International side or they'll quickly fall behind. If there's an upset possibility on the card on Thursday, this might be it.

Lefty may have been the popular choice among his teammates to be added to the U.S. side as a captain's pick, but he is not the intimidating golfer he once was and is coming off a disappointing season. Day is the leader of the International side and will chaperone rookie Bowditch. Price is counting on Day to bring in a slew of points and this would be a good place to start.

One of the best putters in the game is paired with one of the longest drivers. That's quite a lethal combination for the American side especially in the foursomes format. Even though Leishman and Lee are solid players coming of very good seasons, they will have their hands full with this American side. A half in this match would be considered a win for Price.