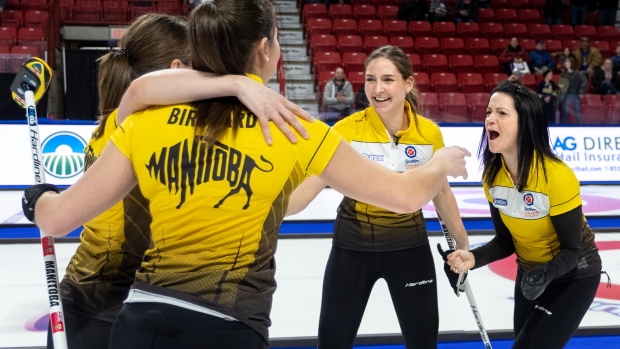 Organizers of the World Women’s Curling Championship say public health officials have assured them that the tournament can proceed as planned starting this weekend in Prince George, B.C., and that the risk of coronavirus transmissions is low, even though some curlers and support staff have arrived from countries where the virus is widespread.

Curlers from Japan, South Korea, China and Italy will participate in the event, Terry Morris, a tournament organizer with Curling Canada, told TSN in a phone interview on Tuesday.

Health Canada has issued advisories warning Canadians to avoid non-essential travel to China and Italy. The government has urged travellers to South Korea and Japan to exercise a high degree of caution because of the coronavirus.

“We’ve been consulting with health officials and they tell us this is low risk,” Morris said. “The Japanese [team] came in three weeks ago with the South Koreans a little bit behind them. The Italians are here as well in Canada. China has been out of their country since before Christmas. We don’t know how many [visiting team’s] families will come. Only the odd one calls and asks for tickets. I can’t tell you how many followers are going to be there.”

The championship is being held at the CN Centre in Prince George, a 6,000-seat arena that is home to the Western Hockey League’s Prince George Cougars.

Travellers arriving from international destinations are screened at Canadian airports, according to a briefing on Health Canada’s website. They are asked to alert a border services officer if they have any flu-like symptoms.

It’s possible, however, that someone could be a carrier of the coronavirus without showing symptoms. The average coronavirus patient begins to show symptoms five days after contracting the virus, scientists from Johns Hopkins University reported in a study released on Monday.

Morris said the biggest curling contingent will be China’s 10-member team. Most teams have eight members, he said.

While the curling championship is moving forward, the International Ice Hockey Federation recently announced the cancellation of its women’s world championship in Halifax and Truro, N.S., citing coronavirus concerns.

“My understanding is health authority in Nova Scotia and Hockey Canada decided that,” Morris said. “Our World Curling Federation has been in contact with the World Health Organization and International Olympic Committee and we have not been told not to proceed.”

British Columbia recorded Canada’s first coronavirus-related death on Monday. There are 32 confirmed cases in the province.

World Curling Federation spokesman Cameron MacAllister said in an interview that the federation is exploring how it might cover the costs of curlers and support staff being stuck in Canada following the event if there are further travel restrictions.

“We’re considering all the implications, but we don’t have a position to share on that at this time,” MacAllister said.

He declined to say whether the federation has cancellation insurance.