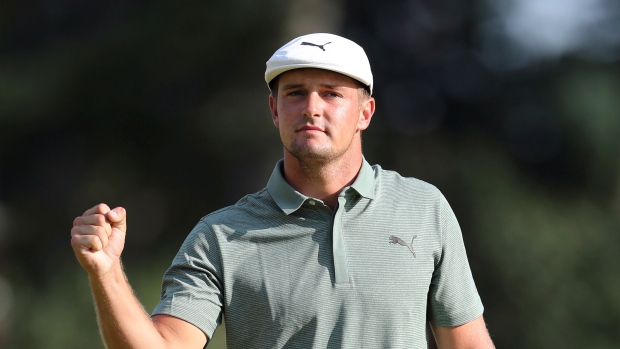 Put away your calculators and forget about those projected finishes. The new version of the PGA Tour’s season-ending tournament is going to be FedEx Cup 101.

After 12 renditions of the season finale – the 12th taking place this week in Atlanta – the PGA Tour is changing the format for the conclusion of the year in 2018-19 to make it easier to understand for fans and players.

The Tour Championship will now feature a staggered scoring system with the top player in the playoffs beginning at -10 with scores descending to even par for the 26th through 30th spots.

It’s a radical idea that makes sense on some levels but also throws traditional tournament play out the window.

“Compared to the current system, the beauty here is in the simplicity,” said Jay Monahan, the PGA Tour commissioner. “Fans are very familiar with golf leaderboards in relation to par, so they will have a clear understanding of the impact every shot makes during the final run for the FedEx Cup – ultimately leading to a singular champion without conflicting storylines.”

Now fans will only need to follow one scoreboard and one story line to know who wins.

While that part of the change is an improvement, it might take some getting used to a tournament where a player as a 10-shot advantage over others before the first tee ball is struck. In some ways, it’s similar to a handicap event where one player gives strokes to another. It’s just that pros at this level don’t often play in net tournaments.

While most of the tour players were outwardly supportive of the idea – and why not when the purse is being goosed to $60 million from $25 and the winner now pockets $15 million – behind the scenes some were a little skeptical of the new format and the advantage being given. Holding a regulation tournament and giving a player a 10-shot head start didn’t sit that well with a few.

It’s hard to think of another sport where a player receives such a big advantage. Tennis Grand Slams are seeded, but that’s more match play. Imagine something more drastic where the size of the court changed based on a player’s ranking. Or a hockey game where the team that finished higher in the regular season received a 2-0 lead in the first round of the playoffs.

While the winner of the new version Tour Championship will get credit with a tournament victory, the best way to think of this is that it’s not a tournament at all but really a conclusion to the season. It can still be exciting and deliver some drama and every player has some chance of winning. The end of the year will also come with one single champion instead of a possible two.

When the FedEx Cup was introduced back in 2007, there were lots of adjustments made as deficiencies became apparent. That may happen again. But for now, these latest moves seem to be positive. And simple. And simple is good.