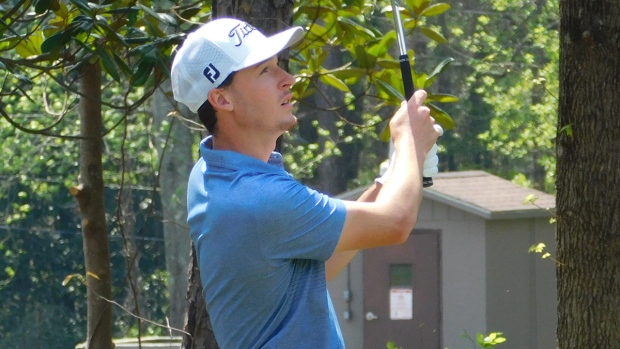 For the first time in the three years, PGA Tour Canada is back and running in full capacity. It also has a new major sponsor, Fortinet, that will back a season-long points competition.

The Fortinet Cup will offer a $100,000 bonus pool that will reward the top finishers on the developmental circuit, with the winner collecting $25,000. That golfer will also earn full status on the 2023 Korn Ferry Tour. The Fortinet Cup will operate similar to the FedEx Cup on the PGA Tour.

Fortinet will also be title sponsor of the tour’s season-ending event, the Fortinet Cup Championship, set for Sept. 15-18 at Deer Ridge Golf Club in Kitchener, Ont.

“We are extremely excited to partner with Fortinet as PGA Tour Canada returns to a full schedule,” said Scott Pritchard, the Tour’s executive director, in a release.

“The Fortinet Cup will give players a week-to-week gauge of how they’re doing, with significant benefits available to them thanks to Fortinet. It will certainly be fitting that the points chase culminates at the Fortinet Cup Championship in Ontario. We have an exciting season ahead of us and are extremely happy to make this announcement and begin this partnership.”

Fortinet is a cybersecurity company based in Sunnyvale, Calif. It is the largest cybersecurity vendor in Canada. The company took over sponsorship of the PGA Tour’s stop in Napa, Calif., in 2021.

“Fortinet is excited to partner with the PGA Tour Canada as both our organizations are committed to trust and creating exceptional experiences —ensuring players and customers are set up for success to overcome even the most trying conditions and challenges,” said John Maddison, executive vice-president of products and chief marketing officer at Fortinet. “This partnership will benefit our community, customers, and local non-profit organizations. We look forward to hosting the Fortinet Cup Championship in Ontario.”

The tour is set to operate a schedule that will run from June to September and include events across Canada, with stops from B.C. to Prince Edward Island. The full schedule will be released next week.

It will also be open to golfers from Canada and around the world. Due to the COVID-19 pandemic, the tour held scaled-down versions the last two years, primarily to give Canadians a place to compete.

Five qualifying schools have already been held in parts of the United States with two more set to come before the end of April. The final one, set for April 26-29, will be at Crown Isle Golf Club and Resort in Courtenay, B.C.