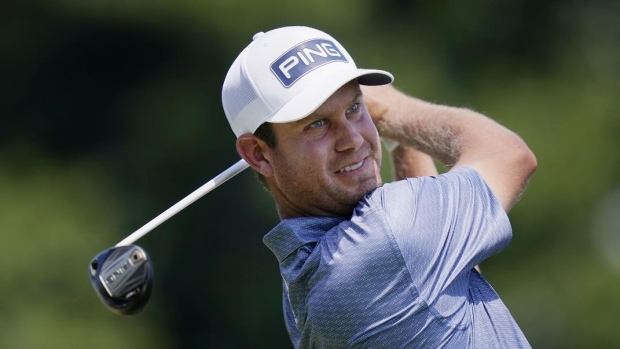 For now, at least, LIV Golf players can have their cake but they can’t eat it.

On Tuesday, U.S. District Judge Beth Labson Freeman denied a request for a temporary restraining order to Matt Jones, Hudson Swafford and Talor Gooch, who were seeking to play in the FedEx Cup playoffs which get underway in Memphis on Thursday.

The decision, handed down in a U.S. District Court in San Jose, Calif., is the first step in a larger lawsuit launched by 10 LIV Golf players against the PGA Tour for antitrust violations. Those proceedings will likely not begin until September 2023 at the earliest.

Judge Freeman said that the LIV lawyers did not establish that the players would undergo irreparable harm if they were not allowed to play in the PGA Tour playoffs. She referenced the lucrative contracts the three golfers signed with LIV Golf and indicated they knew were being well compensated due to what they would lose by leaving the PGA Tour.

The plaintiffs’ lawyers had argued that keeping the trio out of the FedEx Cup was, among other things, harming their ability to reach the major championships as making it to the Tour Championship provides entry to three of the four majors. The judge agreed that the three players had the possibility to make it into the top 30 but that didn’t seem to be a major factor.

The decision is a win for the PGA Tour, which could possibly have had the three LIV players overshadowing the first event in its highest-profile stretch of tournaments. It can now proceed with the playoffs where the eventual winner will earn a bonus of $18 million.

In a note to the players, Commissioner Jay Monahan said that Tuesday’s decision will return the focus to the golf course.

“With today’s news,” he wrote, “our players, fans and partners can now focus on what really matters over the next three weeks: the best players in the world competing in the FedEx Cup playoffs, capping off an incredibly compelling season with the crowning of the FedEx Cup champion at the Tour Championship.”

Many of the PGA Tour’s top players, who watched the proceedings in the locker room in Memphis, were pleased by the court ruling. The animosity between players in the two leagues spiked as a result of the court case and several predicted harsh feelings if Jones, Gooch and Swafford had been allowed to play.

In a statement issued shortly after the decision, LIV Golf expressed its disappointment.

“We’re disappointed that Talor Gooch, Hudson Swafford and Matt Jones won’t be allowed to play golf,” the statement read. “No one gains by banning golfers from playing.”

Earlier in the day, Carlos Ortiz, one of the original 11 players signed on to the antitrust lawsuit, withdrew his name, dropping the number to 10.