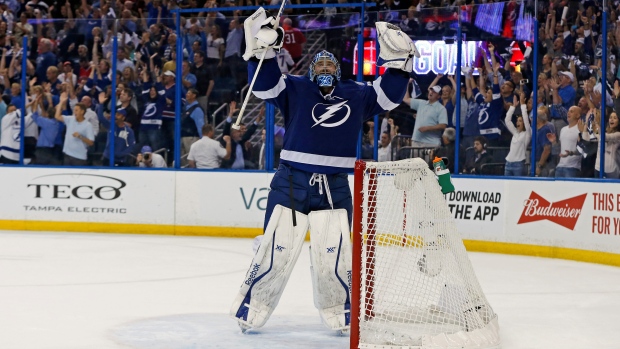 Each night during the Stanley Cup Playoffs, former NHL goaltender Jamie McLennan provides his Post 2 Post rankings for every goaltender in action. Each goaltender will receive a score out of five based on their performance.  McLennan gives a perfect scores to Ben Bishop and Braden Holtby after their wins.

PRICE - 4 - Price was big early on to weather the storm with big saves on Brown and Callahan. He didn’t have much work in the game in long spurts. The Killorn goal was a short side shot after a breakdown, caught him moving.

BISHOP - 5 - He was sharp early with saves on Petry and Pacioretty. The Habs really jammed the net hard on him, was very strong on posts and fought hard to find pucks in the crease, particularly on Gallagher and Weise, who pushed hard. Only goal against was a jam play, but he was very good at controlling second shots.

HOLTBY - 5 - Holtby was outstanding in the first period with big saves on Nash, St.Louis and Stepan. He was very aggressive on Nash on the 2 on 1 shorthanded, and had a massive save on Stepan with his left pad in the last minute of the second. Brilliant save on Hagelin on the penalty shot as well. He has found another level here in the second round. Early Conn Smythe favourite? Could be.

LUNDQVIST - 4 - Great crease management and solid on wraparounds. He had some issues again with rebound control with lots of bouncing pucks in the crease all night. He had huge saves on Chimera and Wilson. H ended up deep on the first goal that went through his body, leaving no margin for error on it. He needs more goal support than one per game.