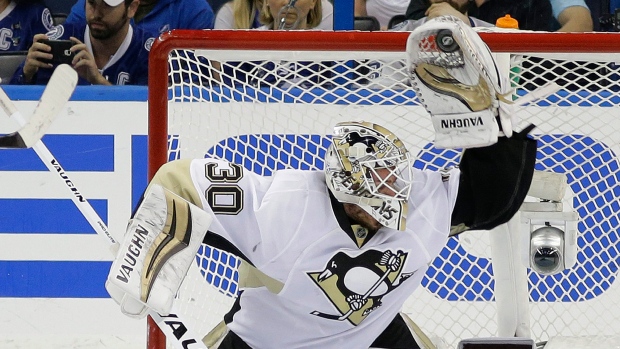 Each night during the Stanley Cup Playoffs, TSN Hockey analyst and former NHL goaltender Jamie McLennan provides his Post 2 Post rankings for every goaltender in action.

Andrei Vasilevskiy (3) - Vasilevskiy was sharp early as he robbed Evgeni Malkin with the right pad as well as big saves on Sidney Crosby and Chris Kunitz. There wasn't much he could do on the Phil Kessel 5-on-3 goal. He was the reason the game was close after the first period. The Kris Letang tally in the second was off a screen as he was looking to the left, but went to the blocker slide. The Russian goalie made a nice save on Kessel down the wall and off Crosby from the angle. Vasilevskiy made two big stops early in the third on Bryan Rust and Carl Hagelin with the blocker. Rust got his payback when he scored on a breakaway to ice the game. Vasilevskiy was good in Game 6. It could have been much worse had he not made big saves

Matt Murray (4) - The rookie was fortunate to get a couple lucky breaks early on. There was a goal called back due to an offside and a J.T. Brown partial break that almost slid between his legs. Murray was not tested at all in the first. The 22-year-old made solid saves early in the second period on Ryan Callahan, Brian Boyle and a huge left pad save on Andrej Sustr. He had aggressive saves on Ondřej Palát and Alexander Killorn and continued his solid play with big saves early in final frame on Palat and Boyle. The second goal against is not as bad as it looked as Matt Cullen (his own player) forces him deep, screens him, finds the puck late as it goes blocker side. Murray faced a huge push in the third and held up as he gave the team the performance they needed in an elimination game.