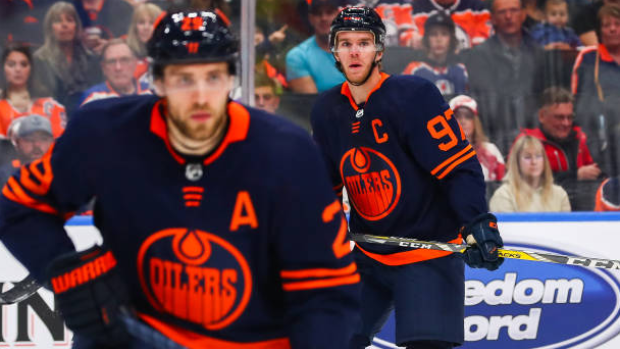 The five Canadian provincial health authorities with jurisdiction over NHL games responded to the NHL’s Return to Play proposal with a joint letter on Wednesday asking for additional measures.

In the letter, written by Alberta Health chief medical officer Dr. Deena Hinshaw and obtained by TSN, the provinces presented the NHL with two options that could provide a road map to a green light to start the season with each team playing out of its own arena.

The fate of the NHL’s all-Canadian “North” division hangs on approval by Alberta, British Columbia, Manitoba, Ontario and Quebec.

The first option called for a “regular testing schedule for players, staff, coaches and close contacts, with close household contact testing required if players are living at home between travel episodes.” It also asked for “enhancing the schedule … to group games into blocks to limit inter-jurisdictional travel between provinces.”

“Specifically in the early part of the season, it will be important to make these considerations wherever possible,” Dr. Hinshaw wrote.

Currently, the NHL’s protocol calls for daily testing for team members only during training camp and the first four weeks of the regular season. After that, the need for daily testing will be re-evaluated. In addition, family members are only tested “when requested,” and it is at the cost of the players.

The provincial health authorities’ request might also require the NHL to readjust the schedule that was released on Wednesday. The Canadiens, Senators and Maple Leafs all travel out to Western Canada in January in the first weeks of the season.

That is the NHL's best bet. Because the second option is decidedly less palatable. It called for the NHL to “reinstate a ‘bubble’ model for the beginning of the season, similar to what was used in the Hub City Series in Edmonton and Toronto.”

If not, the provinces called for a delay to starting the season.

“Should any iteration of the bubble model not be achievable for the NHL, we would recommend that the start of the season be delayed for a few weeks to allow for disease rates to drop and our health systems to recover,” Dr. Hinshaw wrote.

For both the NHL and the NHL Players’ Association, there does not appear to be any appetite to open the season in a bubble or hub environment in Canada. Sources indicated that message had previously been delivered to the health authorities during the course of their ongoing dialogue.

However, Dr. Hinshaw’s letter seemed to indicate that the provinces are jointly “committed to working towards a collective approach to reviewing the fine protocols from the NHL,” and conveyed their “collective support to allow the NHL to resume play with the appropriate risk mitigations in place.”

The NHL is expected to respond to Dr. Hinshaw’s letter on Thursday.

The clock is ticking. The puck is scheduled to drop on Jan. 13 in Canada with a Leafs/Habs and Canucks/Oilers doubleheader.