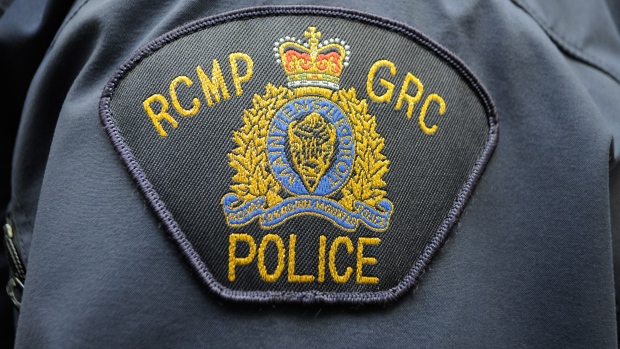 The RCMP has opened an investigation into allegations of widespread match fixing in the Canadian Soccer League, a semi-pro league that has come under international scrutiny in recent months, TSN has learned.

The RCMP contacted potential witnesses in the case last week, according to a person familiar with the matter. CSL spokesman Stan Adamson confirmed in an interview Tuesday that the RCMP informed him within the past few weeks about their plans for an investigation.

In October, the London, U.K.-based Telegraph newspaper cited a confidential report produced by the International Centre for Sport Security (ICSS) that alleged half of the CSL’s games in 2015 showed signs of suspicious betting patterns.

“The CSL has become a type of ‘rogue league’ that has not been seen before,” the ICSS report stated, according to The Telegraph.

“Only in the event that an investigation results in the laying of criminal charges would the RCMP confirm its investigation, the nature of any charges laid, and the identity of the individual(s) involved,” Pfleiderer wrote in an emailed statement.

CSL executive Pino Jazbec said the league contacted the RCMP and Interpol last October to ask whether law enforcement was investigating the league and its players.

The CSL in January completed its own investigation into allegations of match fixing and found no evidence that games were rigged, Jazbec said.

The league paid special attention to an Oct. 4, 2015, match between Niagara United and SC Waterloo in which three Niagara players were expelled with red cards from the game, and a Waterloo player had a clear chance to score a few feet away from the goal line, but instead shot the ball wide.

“There were players on both sides who believed the other side was up to funny things,” Adamson said.

The CSL in 2016 will ensure all of its matches are taped; a move Adamson said would help catch any suspicious playing sequences that might suggest match fixing. He said the league would also have so-called match observers, probably retired referees, attend every game to monitor suspected match fixing.

The Canadian Soccer League is a 12-team league with franchises spread throughout Ontario. Teams include Toronto Atomic, Niagara and Waterloo. For the most part, clubs feature former university-level players, many of whom are not paid to play in the CSL, and former professionals who played in low-level European leagues.

The CSL has been forced to navigate such a scandal before. Ante Sapina, a convicted match fixer accused of rigging more than 300 games, paying off players and referees to throw games, admitted to fixing a CSL game in 2009. The Canadian Soccer Association, the official governing body for soccer in the country, subsequently decertified the CSL, meaning the league has been unsanctioned ever since.

A CSA spokeswoman did not reply to an email requesting comment.

Bill Sword, a lead investigator with the Ontario Provincial Police who oversaw wiretaps in the 2009 investigation, said no charges were laid at the time because those people who were believed to be arranging the match fixing were based overseas.

That meant a defence lawyer could argue that the crime did not occur in Canada, said Sword, who is now retired.

It’s still possible that fraud charges might be laid against CSL players if they are found to have thrown matches.

“It’s not easy in Canada because we don’t have specific match-fixing laws like they do in the U.K. and Australia,” said Paul Burns, a spokesman with the Canadian Gaming Association.

The ICSS alerted the RCMP in June 2015 about its suspicions and when there were no immediate arrests, ICSS official Chris Eaton was quick to attack Canadian police.

“They see it as being a low priority, with no victims,” Eaton told The Telegraph. "Of course, what they are not seeing – which may be understandable – is the impact globally and the impact on the credibility of the sport.”

CSL president Vincent Ursini told The Telegraph he hoped his league’s games would be removed from betting markets, a wish echoed by Jazbec.

It’s not easy to grasp why bettors would be interested in the CSL, and how match fixers would profit off the league. Burns said many gamblers overseas are attracted to CSL games because they are among the few soccer games being played during the summer.

Also, there’s a common misperception about the league’s quality of play.

“People oversees believe that the CSL is a Canadian equivalent of the English Premiership, the best soccer league in the country, when of course it’s not,” Burns said

Burns said that when games are fixed, the betting houses are the ones who lose money.

“If the money being bet overall on the CSL is enough, the betting houses might not notice or mind losses [from match fixing] enough to stop providing betting lines for CSL games,” Burns said.

In an investigation into match fixing in tennis that aired this week on the Australian Broadcasting Corp., Australian police said betting houses in Southeast Asia accept bets of $2 billion every week. Unregulated betting markets account for as much as $3 trillion dollars annually.