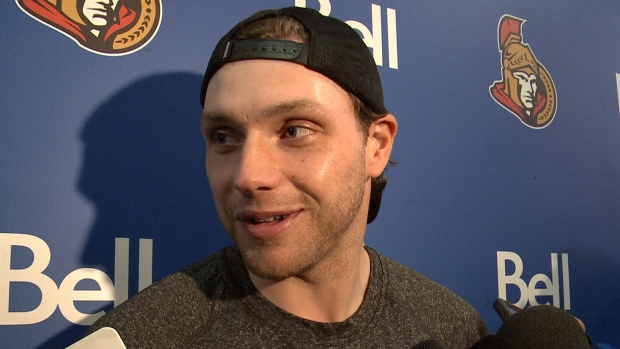 If anybody involved with USA Hockey had a problem with Bobby Ryan’s tweet this week, the Ottawa Senators forward hasn’t heard about it.

After Team USA was eliminated from the World Cup of Hockey this week with a pair of lackluster performances, their critics were out in full force on social media. Phil Kessel’s passive-aggressive tweet received the most attention, but many also pointed to a tweet that Ryan sent to a fan who asked for his comments on Team USA.

Instead of taking a vicious swipe at USA Hockey, Ryan opted to use a little sarcastic humour in his response by tweeting:

That tweet has been re-tweeted almost 2,000 times – which put a significant amount of attention on his comment.

On Thursday, Ryan says not a single player from Team USA had reached out to express their frustration with his tweet.

“No because I think they understand what it was, which was a pretty self-deprecating tweet. It wasn’t a direct shot at anybody,” Ryan told reporters in Ottawa. “Even those players who were asked in the media weren’t asked about my tweet because I think everybody who has even a little bit of a sense of humor gets that it wasn’t a shot at anybody. I’ve got zero backlash out of it.”

“I wouldn’t take it back because I didn’t do anything wrong,” added Ryan. “I answered a question that we thought was funny. If you can’t take a joke, I’m sorry.”

“I think the players that I’ve played with that I have relationships with know that wasn’t directed at any players by any means,” he said.

Ryan says while he didn’t receive any criticism from his old USA teammates, he did notice there was some negativity towards his tweet on social media.

“Somebody texted me and said, ‘Great tweet, but I can’t believe you’re getting backlash’. And I said I could tweet so many things that could get backlash, but I thought that tweet was pretty generic to be honest.”

As for Kessel’s infamous tweet, Ryan said he certainly found the humour in it.

“Oh yeah, I did. Just because I know Phil and I could just see him doing that and saying that in his voice.”