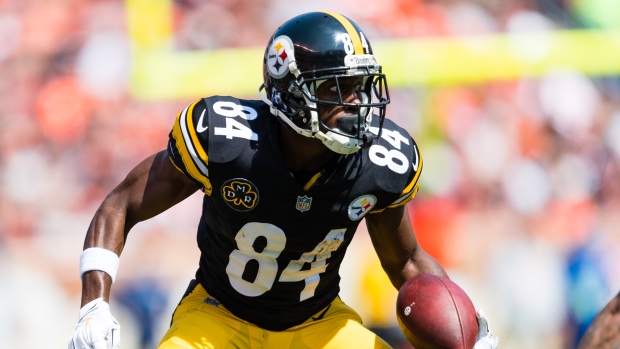 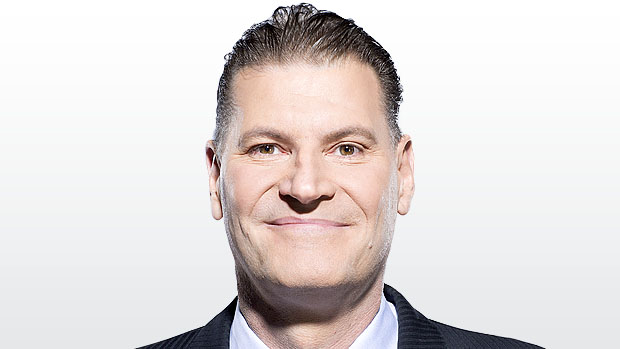 Locks of the Week

The season went from bad to worse for the Browns when they lost left tackle Joe Thomas to a torn triceps last Sunday. Thomas had blocked for 21 different quarterbacks over 10,363 consecutive snaps for Cleveland, dating back to 2007. As a former tackle, I’m amazed by how long his personal streak lasted. The Browns rank 32nd in the NFL with an average of 14.7 points per game this season and they will be in tough to produce without their best offensive lineman. Meanwhile, the Minnesota defence ranks fifth in the NFL with an average of 17.0 points allowed per game, so I expect them to limit the scoring opportunities for whoever is under centre for Cleveland. The Vikings pass rush ability and complex coverage schemes will overwhelm DeShone Kizer, who owns the worst QB rating in the NFL. Minnesota won five of its first seven games a year ago but finished 8-8. I don’t expect a similar drop off this year as the Vikings should be focused and motivated to avoid any complacency. Minnesota wins in London and covers as a nine-point favourite.

The Bills survived a tough test from the Tampa Bay Buccaneers with a win last week. However, Buffalo allowed a season-high 27 points to the Bucs, so they should be motivated on defence this week. The Bills rank fourth in scoring defence with an average of 16.8 points allowed per game, so I expect them to bounce back with a much more complete performance versus Oakland. Quarterback Tyrod Taylor has teamed up with running back LeSean McCoy and fullback Mike Tolbert to give Buffalo three very different types of running styles. The Bills should be able to move the football on the ground against the Raiders’ defence, which should help open up the passing game for Taylor to attack over the top. Meanwhile, the Raiders have to travel across the country from the west coast. Oakland will have had an extra few days to prepare following last week’s Thursday Night Football win over the Kansas City Chiefs, but they won’t have running back Marshawn Lynch in the lineup as he serves a one-game suspension. I’ll take the Bills to win and cover at home.

For all of the drama surrounding the Steelers throughout the first few weeks of the season, the reality is that this team has the potential to contend for a Super Bowl if it can maintain focus and continue to perform at a high level. The Lions are coming off a bye but they will be in tough to slow down Pittsburgh’s offence after allowing a combined 79 points in back-to-back losses to the Carolina Panthers and New Orleans Saints. The toughest matchup for Detroit will be containing Pittsburgh running back Le’Veon Bell, who had a season-high 192 total yards in last week’s 29-14 win over the Cincinnati Bengals. Bell has one of the most unique running styles I have ever seen. His patience and elusiveness will force the Lions defence to adjust and it could take away from the pass rush. Lions quarterback Matt Stafford’s fourth-quarter performances make me think he could keep this game close, but ultimately it will be Pittsburgh that comes out on top. The Steelers will win and cover on the road.

After opening the season with five straight wins, Kansas City has dropped two in a row heading in to this Monday Night Football matchup with Denver. The Chiefs are one of the most talented teams in the NFL, and I just can’t see them dropping a third straight game at home in prime time. The Broncos offensive line has health concerns and a limited rushing attack that will put even more pressure on quarterback Trevor Siemian and the passing game. Denver has managed just 10 points combined in back-to-back losses to the New York Giants and Los Angeles Chargers and it won’t get any easier for their offence this week. Meanwhile, Kansas City has one of the league’s most dependable running backs in rookie Kareem Hunt, who leads the NFL with 1,002 yards from scrimmage. Quarterback Alex Smith has thrown 238 straight passes without an interception. As long as he continues to protect the football the Chiefs should bounce back versus the Broncos. Kansas City will win and cover at home.

Cincinnati has only one rushing touchdown this season. Indianapolis has allowed 10 rushing touchdowns. If the Bengals commit to the running the football, they could dominate the Colts on the ground in this one. Indianapolis is 2-5, but its only two victories were three-point wins over the Browns and San Francisco 49ers at home. Cincinnati is coming off a tough loss to the Steelers but they will have home-field advantage this week and will be playing with a sense of urgency with their season essentially on the line. The Bengals blow out the Colts at home and cover.

After a historically bad start to the season, the Patriots defence has shown marked improvement over the past couple of weeks. New England allowed 30 points or more in three of its first four games, but just a combined 38 points over their last three wins. Meanwhile, the Chargers have also turned things around with three straight wins following a 0-4 start to the season. The most interesting aspect of this matchup is whether or not Los Angeles will be able to generate a consistent pass rush. Joey Bosa and Melvin Ingram have emerged as one of the dominant pass-rushing tandems in the NFL, so it will be interesting to see if Nate Solder and Marcus Cannon can slow them down. Tom Brady has thrown for a league-high 2,208 yards with 15 touchdowns compared to just two interceptions. If the Patriots protect him in the pocket, they will be extremely tough to beat at home. New England wins and covers.

Chicago has managed to win back-to-back games in which rookie quarterback Mitchell Trubisky has completed just 12 total passes. The Bears were dominated in time of possession by the Carolina Panthers last week but their defence bailed them out in a 17-3 win at home. Chicago will face a much tougher test this week on the road at New Orleans. The Saints have strung together four straight wins and suddenly appear to be the favourite in the NFC South. New Orleans wins and covers at home.

The Falcons top-ranked offence averaged 33.8 points per game last season. While many of the same pieces returned, Atlanta has averaged just 13.6 points per game over the course of three straight defeats, including just even points in last week’s loss to the Patriots. The Falcons have too much talent to continue to struggle, so I’m expecting a strong bounce-back performance this week in New York. The Jets have been outscored 67-17 in the fourth quarter this season, so perhaps this is the week that Matt Ryan and company turn things around. Atlanta enters this week staring down a potential fourth straight loss to an AFC East opponent. The more likely scenario is that they bounce back with a key win on the road.

The loss of Jason Peters at left tackle and Jordan Hicks at linebacker will impact the Eagles on both sides of the football but shouldn’t play too big a role this week in San Francisco. The 49ers fell apart defensively in last week’s 40-10 loss to the Cowboys and it won’t get any easier for them this week with the NFL’s fifth-highest scoring offence in town. The 49ers lack the weapons to take advantage of Philadelphia’s injury woes. The Eagles will dominate the time of possession and add to their impressive 6-1 record with another lopsided victory this weekend.

Miami has won three in a row heading in to a Thursday Night Football showdown in Baltimore. The Ravens should benefit from the home advantage on a short week, but they’ve lost four of their last five and their lone win at M&T Bank Stadium this season was against the Browns in Week 2. Matt Moore has experience as the Dolphins starter dating back to last season. The key for Miami will be to get running back Jay Ajayi going this week. Ajayi topped 200 yards rushing three times a year ago, but he’s failed to top 100 yards rushing in four of the Dolphins’ six games this season. Baltimore has allowed a league-worst 145.3 rushing yards per game, so perhaps this is the week that Ajayi goes off. Take Miami to cover as three-point underdogs.

Inconsistency has been a major problem for both of these teams that were expected to contend in the NFC. Cam Newton has 12 total touchdowns compared to 13 turnovers, including 10 interceptions. The Buccaneers have lost three in a row by an average of 4.3 points. The urgency will be ramped up this week with a chance to improve to 3-4 rather than falling to 2-5. I’ll take Tampa Bay to win and cover at home in a key NFC South showdown.

The Seahawks have won three in a row, including back-to-back road wins, and now they return home for a tough test versus Houston. The Texans have looked good but they will be relying on a rookie quarterback on the road against a tough defence. Losing J.J. Watt and Whitney Mercilus hurts Houston even more heading in to a tough environment in Seattle. I’ll take Russell Wilson and Seattle to win and cover at home.

Dallas is coming off a lopsided win over the 49ers and will need to carry that momentum over in to a key clash with Washington. Kirk Cousins and the Redskins passing game looked out of sync once again in last week’s loss to the Eagles, and this will be another tough test as they try to keep up with Dak Prescott and company. Ezekiel Elliott is coming off his best game of the season after rushing for 147 yards and two touchdowns along with a 72-yard touchdown reception against San Francisco last week. Elliott will be leaned on heavily again this week with a chance to produce another big game against Washington. I’ll take the Cowboys to win and cover at home.