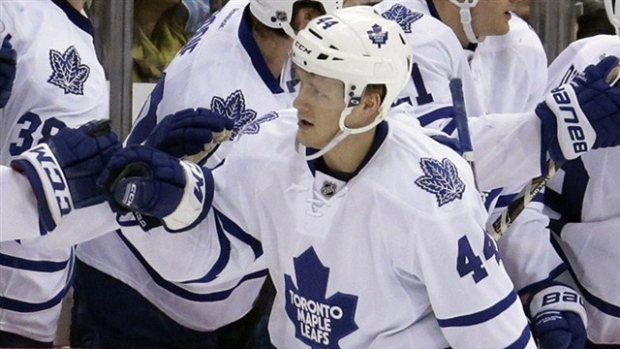 In the pantheon of brutally difficult things to accomplish in the National Hockey League, succeeding as a 21-or-under defenceman ranks near the top. It takes a unique combination of talent and early physical development to even bring a guy into NHL consideration at such a young age, and only a portion of this small-group can hold down regular shifts without getting killed against the world’s toughest competition. And, it’s worth remembering that a huge majority of 21-or-under players are not NHL-regulars – the junior leagues, international leagues, and American Hockey League are filled with guys still rounding out their game.

There are myriad reasons why making a super-early jump as a defenceman is tougher than as a forward, but two of the big ones include expectations and exposure. Expectations at the position are tied into shot and goal suppression, and slowing down some of the world’s best players from scoring is a tall task. Exposure also makes things tricky – it’s a bit easier to insulate a young forward with at least one quality linemate, or hide the player on a third or fourth line in limited minutes. On defence, since only six defencemen play, it’s harder to hide a guy by sheer limitation of ice-time. You can run out a quality partner with the young defender, but doing so ensures that they’ll play a fair amount each game. No third-pairing minutes here.

Naturally, I’m always intrigued to see how coaches bring along these players, because it varies from team to team. Believe it or not, there are only 11 regular 21-or-under defenders this season. Success has been variable.

First, let’s take a quick look as to how these skaters have been deployed based on teammate quality and competition quality.

For the sake of this graph and this graph only, I have omitted both Nikita Zadorov and Rasmus Ristolainen. As is always the case this season, the Sabres – by virtue of being a historically awful hockey team – distort data visualization. Just know that both players frequently play with terrible teammates and against difficult competition, and would sit far east of Morgan Rielly in the graph below.

The dotted line gives us a nice first look at what the players are generally seeing on a day-to-day basis. The three names to the left (Rielly, Ceci, and Murphy) of the dotted line generally see more oppressive competition, somewhat due to the fact that they play on average or subpar teams. Severson splits the middle. On the other side, you can see that Aaron Ekblad, Dougie Hamilton, and Seth Jones are being supported by virtue of their common linemates being of higher quality than their opposition.

We know from the first graph that Morgan Rielly, Connor Murphy, and Cody Ceci were seeing significantly tougher competition than teammate quality. Here, only Cody Ceci sees tough deployment as it pertains to offensive zone start numbers – he sees fewer shifts than the regular Ottawa Senator in terms of starting in the offensive zone; Morgan Rielly and Connor Murphy, on the other hand, see more shifts than the regular player from their respective teams. The two other names that pop from this table are Damon Severson (brutal zone starts) and Aaron Ekblad (lofty zone starts).

At this point, we can start to draw conclusions about a handful of players, and use it to craft future analysis: Damon Severson, Cody Ceci, are in pretty tough spots for young defenders, and Morgan Rielly – by virtue of team effects – isn’t far behind. Aaron Ekblad and Seth Jones are well protected. Both Buffalo Sabres guys are getting killed by their team, but Rasmus Ristolainen sees much more difficult deployment than Nikita Zadorov.

We know Seth Jones and Aaron Ekblad are being put in positions to really succeed, so we expect the team to have a better Corsi% with them on the ice than off. For both players here, that’s true, though the data seems to suggest Seth Jones is having a more favourable impact than Aaron Ekblad in fairly comparable minutes.

This graph is the most damning for Connor Murphy. Recall that Murphy has been given plenty of offensive zone starts, and he isn’t experiencing the kind of competition/teammate disparity that the two Sabres’ skaters, Morgan Rielly, and Cody Ceci are. Despite that, the Arizona Coyotes are significantly better with him off of the ice.

Who is the player with the most encouraging underlying numbers? Damon Severson. Severson’s numbers and deployment are somewhat to comparable to that of Cody Ceci and Morgan Rielly, but both of those players had significant NHL-experience last season. Severson’s a full-blown rookie.

For that reason, New Jersey should be thrilled about what they have found in their 2012 second-round pick.