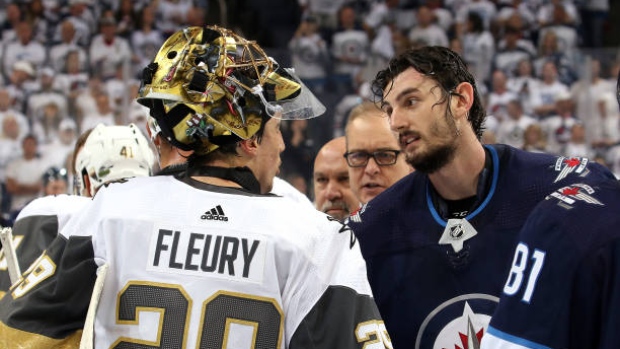 The 2017-18 Stanley Cup playoffs have certainly reinforced one point about modern day hockey: If you’re at a goaltending disadvantage in a series, you’re fighting quite the uphill battle.

These are night and day performance numbers, but both teams were swept by San Jose and Vegas, respectively. Why? Anaheim’s save percentage, not surprisingly, was nearly 10 percentage points worse than San Jose’s in the short series. Los Angeles’ save percentage – which was fantastic – was more than three percentage points worse than Vegas’. In summary: one team received no goaltending, another team received plenty of goaltending and both were ultimately brushed aside because their opponents were able to stop pucks at a much more successful rate.

Predicting goaltending performances in short intervals is like looking into a crystal ball. We can make reasonable assumptions based on historical production but at the end of the day, just about any regular NHL starter is capable of running hot over a couple of hundred shots.

It, to be sure, is the most gut-wrenching element for NHL general managers and coaches to deal with on a regular basis. You can build the perfect roster and deploy the perfect lineup, but a few games of a cold goalie can sink you in a week.

Consider just the last six seasons of playoff hockey. We know the save percentage of every single team by every single round, and we know how many games that team ended up winning. The below, in box plot form, shows the relationship between the two: 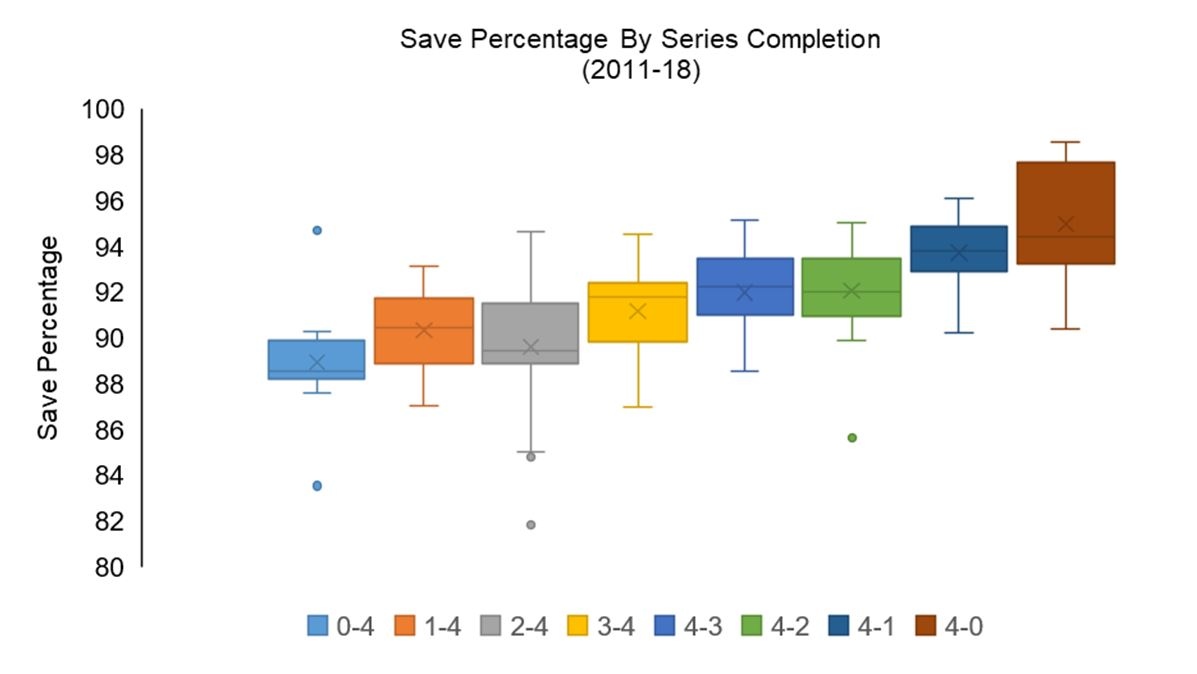 The relationship isn’t surprising – if you get better goaltending, you win more games – but I think the variance from game to game surely is. More than anything it confirms that the absence of goaltending is a primary driver for why a team is pushed out of any round of the playoffs quickly. And, conversely, that a team with elite goaltending over a short stretch is exceptionally likely to win a short series.

A recent example of this would be the Western Conference final. Winnipeg and Vegas looked mostly indiscernible from one another – in fact you could argue that in stretches of the series, Winnipeg was the better team. But there’s no doubt that Marc-Andre Fleury outplayed Connor Hellebuyck. Hellebuyck stopped a pedestrian 90 per cent of shots, while Fleury stopped 94 per cent of shots.

That’s a four-percentage-point swing, which is massive. And if you somehow knew that there would be a four percentage point swing in goaltending performance, the most likely outcome is – you guessed it! – 4-1 in favour of Vegas. 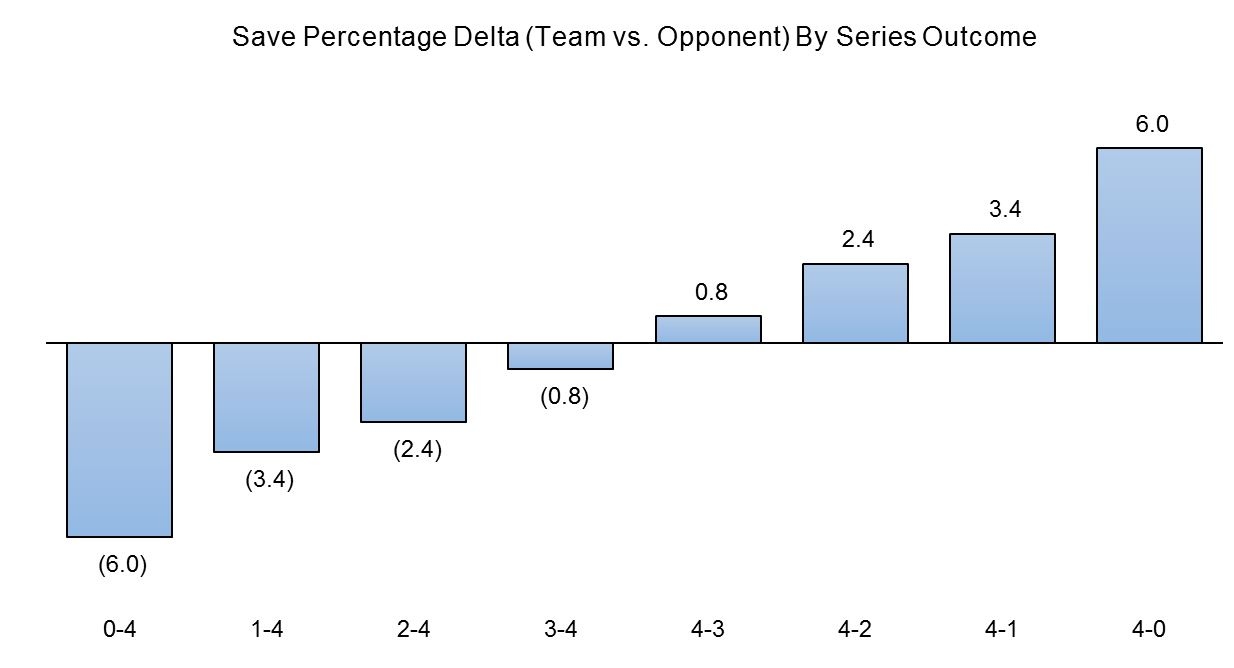 Again, I don’t suspect anyone is surprised that having better goaltending is preferable. What is surprising to me though is how critical it is. If you are a team that gets out-goaltended that substantially, your chance of winning a series is between slim and none. The likelihood of even winning a game or two in a series shrinks.

But, this is something to keep in mind with how we analyze playoff results. To get into the playoffs you need a quality team and the same is true come playoff time. But within small four-to-seven-game samples, an awful lot about what we conclude is really contingent on how well goaltenders and teams stop shots. The better a team does it relative to an opponent, the higher the likelihood of a short series and, correspondingly, the higher the likelihood of moving on.