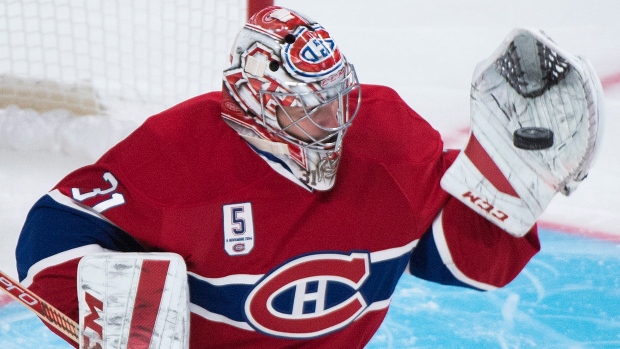 Entering the final week of the NHL's regular season, it is time to say "thumbs up" to my trophy picks, winners and runners-up for six major awards.

And oh, what the heck--some third choices as well:

Thumbs down to the perceived importance of the power play.

Facts are facts. There are seven NHL teams with 100 or more points, and six of them - Anaheim, New York Rangers, Montreal, Nashville, Chicago and Tampa Bay - sport power plays that are ranked in the bottom half of the league.

Five of those six teams - all but Anaheim - are in the top half when it comes to killing penalties.

Last season's Stanley Cup champion Los Angeles Kings were 27th on the power play and 11th in penalty killing. The Eastern Conference champion Rangers were 15th on the PP and 3rd in PK.

This year, the team with greatest disparity between good penalty killing and bad power play is Minnesota. The Wild lead the league while a man short, and struggle with the man advantage to the tune of 28th league-wide.

Thus, I give you a dark horse Stanley Cup pick, the Minnesota Wild.