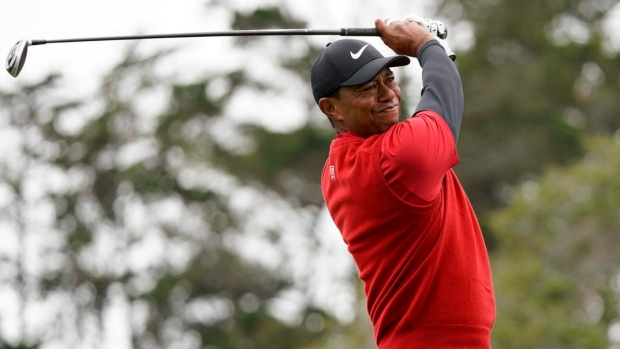 Tiger Woods will return to action on the PGA Tour at the Farmers Insurance Open at Torrey Pines, Jan. 23-26.

The announcement, made on his Twitter account on Thursday, wasn’t exactly a surprise. Woods has won eight times at the San Diego, Calif., course, including the 2008 U.S. Open. He last captured the Farmers Insurance Open in 2013.

Woods also surprised no one by adding the Genesis Invitational at Riviera Country Club, to his schedule. It goes Feb. 13-16. The 15-time major champion is the tournament host for that event.

While Woods has won 82 tournaments in his PGA Tour career, he has never come out on top at Riviera, despite professing his love for the layout.

Woods last played a full-field event at the Zozo Championship in Japan in October, where he emerged as the winner. He also competed for the U.S. at the Presidents Cup where he went 3-0 in his matches while also handling his duties as captain.

Where Woods plays after that remains unknown although based on his past schedule, educated guesses can be made.

He will likely play one of the Honda Classic or the Arnold Palmer Invitational, and then head into the Players Championship. That will likely be his last stop prior to the Masters.

His schedule may also be affected this year by his desire to play for the U.S. in the Olympics. That event will go July 30-Aug. 2. If Woods is close to making the team, he may adjust his schedule.

However, at 44 and with his surgically re-built body, he may only be able to handle so much golf.