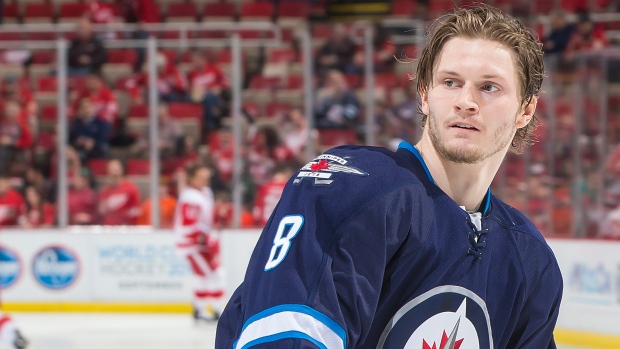 When news broke over the weekend of Winnipeg Jets defenceman Jacob Trouba’s trade request, I think every general manager around the league picked up the phone to dial Kevin Cheveldayoff.

Evidently, the trade request is only new to the public – Trouba asked out from Winnipeg back in May, and it looks like the two sides have been in a stalemate for some time. The circumstances of the trade request don’t seem to lend themselves to the parties sorting things out. Trouba, remember, is not in a Jonathan Drouin-type situation. As a player without a contract, the organization has much less leverage and much less ability to play hardball in the hopes Trouba sticks around.

Thus, the frantic trade talk begins. And understandably so, since it’s quite rare that such a talented young defenceman becomes available via trade.

Just how good is Trouba? One of the ways you can capture the versatility and talent of a player in a reasonably simple way is to look at how a player compares statistically against his peers in some of the most important performance metrics. At a high level, it can help identify a player’s strengths, weaknesses, and, in this case, how aggressively a team should pursue a player given the data and rumoured asking price.

So, let’s start with some basic individual numbers – frequency of scoring and shot generation capabilities. The question here: Does Trouba make a sizable individual impact in the offensive zone, and does it compare favourably against other blueliners around the league?

The individual offensive talent is promising. He grades as an above-average scorer, with a decent portion of comparables coming in as established first- or second-pairing defenders. As a shot generator, Trouba is bordering on elite – his comparables here are other high-end shot generators, and a number of these guys (including Dougie Hamilton, Kevin Shattenkirk, Justin Faulk, and Morgan Rielly) are revered as some of the more dynamic, individually skilled players in the league.

Now, let’s get into the heart of what really matters for defenders: how big of an impact they have on their team’s performance. For this, we’ll look at each player’s team-relative impact on offence (both by shots and goals) and defence (again, by shots and goals). Here’s how Trouba shakes out:

Again, Trouba grades well above average on offensive impact, only with this piece of the analysis looking at the team level. For the last three seasons, Winnipeg’s seen about 4.63 of incremental shots and 0.06 of incremental goals with Trouba on the ice versus off. We do see kind of a weird deviation here between shot/goal analyses, not dissimilar to what was observed in our individual point/shot measurement earlier. By shot impact, Trouba looks every bit the part of a high-end first pairing type. By goal impact, he slides a bit closer to the middle of the pack – still well above the 50 per cent cutline, but the variance isn’t as massive.

The cool part here is that of the 18 other players on the list, more than half have solidified themselves as first-pairing talent, and it shouldn’t go unnoticed that Norris-level talents like Victor Hedman and Mark Giordano are considered ‘direct comparables’ on this list.

Now, let’s go to the defensive side of things.

This is, if you are a rival GM and looking for an area of improvement for Trouba, the money table. In a relative sense, Trouba is much more positively impactful in the offensive end. Defensively, he comes off as average. There are a few players with really good reputations on this list – Ryan Suter, Shea Weber and Hedman all make appearances – but the list isn’t as high-profile as what we have observed in some of our other statistical comparisons. Winnipeg was essentially the same exact team with Trouba on the ice versus him off of the ice, which suggests he wasn’t moving the needle much defensively.

Finally, let’s take a look at partner impact. This will allow us to sanity check two things: (1) Is Trouba improving the play of the other player on his defensive pairing? (2) Is Trouba getting the opportunity to play with talented players?

Well, if you were mildly concerned about some of the average defensive numbers and why that might be, I think this tells a pretty curious story. Part of Trouba’s beef with Winnipeg right now is he’s being forced down the lineup because of how some of the other defensive pairings have morphed together in the Jets top four.

Whether he recognizes it or not, what Trouba is at least partially saying is that he wants to have a larger role and play with better players. And that’s totally fair! His most common partner over the last few seasons has been Mark Stuart, a player who Trouba has managed to look like a respectable defender for years. Problem is, when Stuart doesn’t have Trouba to lean on, he becomes a mess (46 per cent of the shots in his favour).

So, yes, Trouba has been sandbagged a bit in the quality of teammate department. And I feel confident making that argument because when paired with more talented players like a Dustin Byfuglien or Tobias Enstrom, the two have played well together.

To be clear, this sort of stuff is exactly what you want to see when you are targeting a potential first-pairing talent for a trade. He compares well to peers in long samples of performance and seems to make the play of everyone around him better. Usually, that’s the recipe to earmark a young player for a long career as a first-pairing type in the NHL.