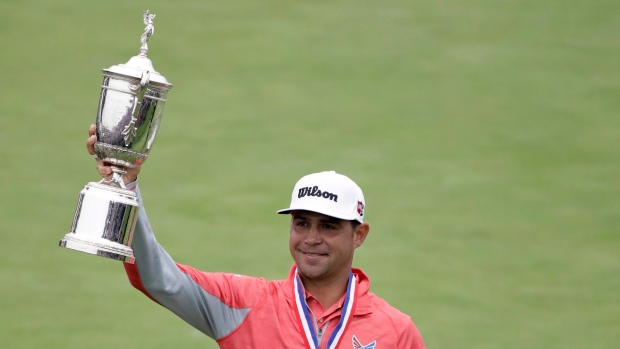 First it was postponement, then no qualifying, and now no fans.

The U.S. Open is still going ahead this year, but it will be a very different tournament in many ways.

On Wednesday, the United States Golf Association announced that the American championship will be played without galleries, joining the PGA Championship as well as every event so far on the PGA Tour.

“Following months of consultation and scenario planning with local and state health officials, we have jointly decided that hosting the U.S. Open without spectators will provide the best opportunity to conduct the championship safely for all involved,” said Mike Davis, CEO of the USGA, in a release.

“We will miss the excitement of the fans and what their presence brings to the championship. We look forward to welcoming them again to future U.S. Opens.”

The tournament was slated for June 18-21 but was pushed down the calendar to Sept. 17-20 due to the pandemic. It will still be contested at Winged Foot Golf Club in Mamaroneck, N.Y.

Westchester County, where Winged Foot Golf Club is located, has recorded nearly 36,000 cases of the coronavirus and more than 1,400 deaths.

There will be a limited number of people on site at the tournament, including players, caddies, officials and media. In all, it’s expected there will be approximately 2,000 on the grounds. Each person will be required to undergo a COVID-19 test and return a negative result before gaining access. Protocols are in place for anyone testing positive.

“This will not be a typical U.S. Open in several respects,” said John Bodenhamer, the USGA’s senior managing director of championships, in a release. “Would it have been easier to simply cancel or even move the 2020 championship rather than play it in what has been the epicenter of the virus in our country? Possibly. But all of us at the USGA know how much the U.S. Open matters, and we weren’t willing to give up on playing it at Winged Foot Golf Club so easily.”

The first major of the year begins next Thursday when the PGA Championship starts at Harding Park Golf Course in San Francisco. There will be no fans at that event.

“I think we've experienced no fans, and that's been very unusual,” said 2012 U.S. Open winner Webb Simpson at a press conference on Wednesday. “We're starting to get used to it. But I think next week will feel unusual again, being a major, when there's tens of thousands lining the fairways 10 rows deep. We're used to that; every major being sold out long in advance.”

The remaining major on the calendar is the Masters, which is scheduled for Nov. 12-15. Tournament organizers have not made a decision on whether patrons will be allowed on the grounds of Augusta National.