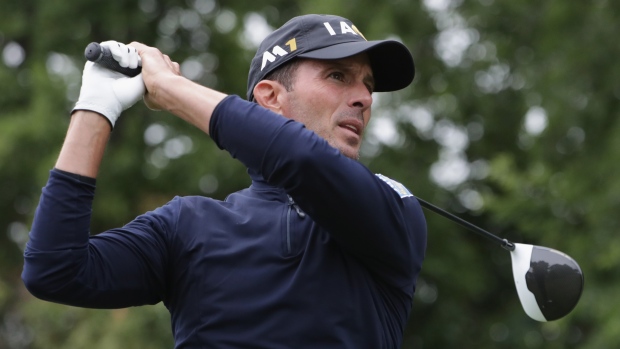 It’s been a long wait, made even longer by the pandemic, but this week, Mike Weir finally gets to tee off on PGA Tour Champions.

The lefthander from Brights Grove, Ont., will make his debut at the 50-and-over circuit’s restart at the Ally Challenge in Grand Blanc, Mich. It will be a new chapter in the career of one of Canada’s most successful players.

“There’s some nervous anticipation, for sure,” admitted Weir, who turned 50 on May 12. “But it will be nice to get back out there with the guys I’ve played with most of my career.”

It’s been no secret that Weir has been eyeing this date on the calendar for some time. The PGA Tour Champions will give him two things he hasn’t had in a while: a predictable schedule and courses that will be at a length more manageable to his game.

The last time Weir played a full calendar was 2014 when he teed it up 25 times. Since then, he’s competed on the PGA Tour whenever he’s been able to get starts and been healthy. The last two years, he’s also had limited privileges on the Korn Ferry Tour.

Now, Weir will be able to play as much as he wants and build a routine that will help him gain some consistency.

That, he said, will allow him to tweak his game week to week as necessary, as well as dial in his scoring clubs, which have been such an important part of his success.

The courses Weir will be playing also give him a chance to use more manageable clubs into the greens. This week’s event will play at 7,101 yards, which is about 300 yards shorter than the average PGA Tour stop.

“It will be nice not to have to hit hybrids and five-irons for my second shots all the time,” joked Weir. “I’m not going to be the shortest guy out there anymore.”

Weir’s return comes as the PGA Tour Champions makes its restart after sitting idle since March 8 due to the pandemic. As with the PGA Tour, the senior circuit will have special protocols in place at all stops.

It will require players to take COVID tests before being allowed on the tournament grounds. The golfers will be pressed to stay inside the tournament bubble, meaning golf course, hotel and not much more. There also won’t be any fans or family allowed on site. The PGA tour Champions event will have a pro-am, something not allowed on the regular tour.

As he did in reaching the PGA Tour for the first time back in 1998, Weir has used dogged determination in keep his game and his body in shape in preparation for this week. There were times when it seemed his game had deserted him, and he had trouble finding the fairway with his driver. There have also been occasions when he’s battled injuries to his elbow and wrist.

But at every step, he’s fought back and never lost faith that he could once again be the golfer who won eight times on the PGA Tour including the 2003 Masters.

So far, Weir has earned just shy of $28 million on the PGA Tour, ranking him 46th all-time. That position gets him access to the Champions tour. He’s hoping to become just the fourth Canadian golfer to win on that circuit, joining Dave Barr, Rod Spittle and Stephen Ames.

“It might take me some time to get into the routine,” he said, “or it might happen in the first week, but I’m really looking forward to getting into the mix of things in tournaments.

“I’m excited. I’m ready for this next step in my career.”