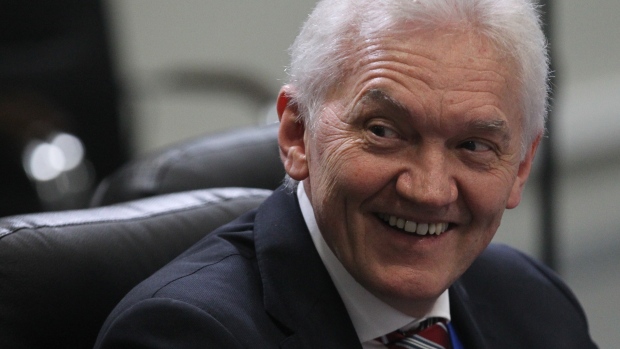 The NHL Players' Association is advising player agents that signing their clients to contracts in Russia's KHL may run afoul of recently imposed economic sanctions on Russia, violations that can lead to possible financial or criminal punishments.

The U.S., Canada and European Union levied a series of economic sanctions on Russia after Russia's annexation of Ukraine's Crimea region in March. The sanctions, which in some cases have been broadened over the past months, have targeted many of Russia's richest businessmen who are close to President Vladimir Putin, including some KHL team owners.

For instance, Gennady Timchenko, one of Russia's richest men and a close Putin confidant, is president of SKA St. Petersburg, one of the KHL's most successful teams. Arkady Rotenberg, another influential billionaire, is president of Moscow Dynamo, Alex Ovechkin's former team. Both Timchenko and Rotenberg are believed to be part owners of their teams.

In the case of U.S. sanctions, all U.S. citizens and permanent residents are barred from engaging in any transactions with Timchenko, Rotenberg and any organization in which they have a 50 per cent or more ownership interest.

"Even if they are not actually 50 per cent or more owned by sanctioned persons, the KHL (and some of its teams) could be considered to be controlled by the blocked persons," said a recent online briefing published by Washington law firm Stewart and Stewart.

Meanwhile, Gazprom, the massive oil and gas company, owns Avangard Omsk, a team in Siberia, while Rosneft, another oil company, owns the CSKA club in Moscow, also known as Red Army. Gazprom, Rosneft, Rotenberg and Timchenko all are on the U.S. sanction list, as are many large Russian banks.

Two weeks ago, the NHLPA wrote to agents warning them about the sanctions and the possible consequences of signing players to contracts in Russia. In the Sept. 17 memo, agents were told that the effect of sanctions on athletes is difficult to determine, that the situation regarding Canadian, European and U.S. sanctions is fast-changing, and that it's unclear whether the sanctions target any Russian hockey teams.

Dozens of North American and Western European players have signed contracts with KHL teams this season, putting them in possible violation of the sanctions.

Former Philadelphia Flyers forward Ben Eager, a Canadian citizen who has been represented by Boston-based Orr Hockey, recently signed a deal with CSKA in Moscow.

Eager's agent Rick Curran said Eager's contract was negotiated by one of the player's friends.

"NHLPA email aside, I've always been skeptical of Russian league deals and have purposely avoided them," Curran wrote in an email. "I tried to review Ben's deal for him but cautioned him accordingly."

Douglas Rediker, a visiting fellow at the Peterson Institute for International Economics and an expert on U.S. trade sanctions, said player agents should be concerned about their possible legal exposure after signing contracts with KHL teams.

"The risks of an individual or a big corporation in breaching sanctions are pretty severe, so the risk to someone who thinks they are too small to matter are pretty dramatic if they get it wrong," Rediker told TSN. "There's no typical scenario here, as sanctions are not tools that have been used with great regularity and in a uniform manner. They are crafted to suit the individual situation."

So far in 2014, the U.S. Treasury Department has reached 20 settlements with companies accused of breaching its sanctions. Settlement payments have ranged from $21,375 to $963 million.