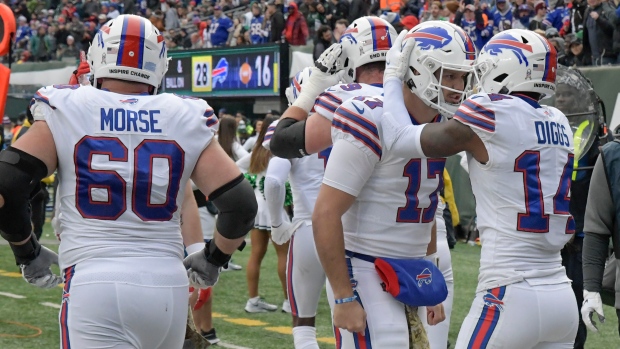 Going back almost half a century, Toronto has been playing footsie with the National Football League.

There have been organized efforts to draw the league’s attention, including the staging of pre-season and then even regular-season games.

None of it has amounted to anything, yet the intrigue never seems to go away.

The latest warming of this long-running story came last week when it was reported that NFL owners kicked around the notion of a 36-team league (from its current 32) during a gathering in late October, with the cities mentioned as candidates for expansion being St. Louis, London, San Antonio and … Toronto.

A subsequent story this week on Pro Football Talk speculated the league could be imagining a 40-team league, with eight five-team divisions.

To be clear, both stories framed the NFL’s expansion discussions as preliminary, more at the stage of tossing out possibilities than making decisions and then proceeding with a plan. Still, by the time a league like the NFL starts discussing ideas, someone important is on board and has been thinking about the possibility for a while.

So, does any of this make it more likely that Toronto will one day wind up with an NFL team?

Answering that question means revisiting the reasons there is no Toronto NFL franchise, despite the city’s obvious appeal as one of the biggest and wealthiest markets in North America.

There have always been several roadblocks to stop this from happening.

The first is the lack of supply of NFL franchises, through either expansion or relocation. The NFL has expanded by just four teams since 1976 and relocation always involves a team moving to a city that is providing a heavily subsidized state-of-the-art stadium, a game Toronto and Ontario politicians won’t play.

But if the NFL is truly about to loosen up the supply of franchises, that could be a game changer.

What hasn’t changed, however, is the NFL’s reluctance to jeopardize the health of the Buffalo market by putting a team in Toronto, with much of the GTA sitting within what the NFL deems the Bills’ catchment area.

Buffalo is in the process of pitching a new stadium project, estimated at between $1.4 and $1.7 billion (U.S.), depending on the chosen location. With the Bills and the state of New York making that kind of investment, the NFL would be even more cautious about the notion of how a Toronto team would impact Buffalo.

But if the hurdle could be cleared, would that open the way for a Toronto franchise? Theoretically yes, but then you must consider the dollars that would have to be involved.

Forbes magazine pegged the average value of an NFL team at $3.5 billion last summer. In a competitive situation for expansion franchises, the NFL isn’t going to sell for less than the value of the league average, which means the going rate is going to be, at minimum, $4.4 billion in Canadian dollars.

The fact the NFL requires private individuals to own its teams and not corporations, such as Rogers, Bell or MLSE, makes funding a team that much more challenging.

Then there is the stadium issue.

The two most recently opened NFL stadiums are in Las Vegas and Los Angeles. The Las Vegas stadium cost $1.8 billion (U.S.) to build and included $750 million paid by the local county. The stadium being shared by the Rams and Chargers in Inglewood, Calif., cost $5.5 billion, all privately.

Building a stadium equal to the one proposed for Buffalo would cost about $1.8 billion (Canadian), but likely far more when you consider the relative cost of real estate in Southern Ontario. Throw in the league standard for a campus-style practice facility and $3 billion is not out of the question.

All of which would have to be privately financed, given that no government in Canada is going to be willing to hand out freebees to an NFL team.

That brings the total cost of this venture to about $7.5 billion. And that’s if the NFL was handing out franchises and putting shovels in the ground tomorrow.

With the arrival of additional non-traditional broadcast carriers to bid on broadcast rights and legal wagering across North America, the values of franchises are projected to continue to rise. So are construction and real estate costs in Southern Ontario.

How much is too much before it becomes cost prohibitive?

The NFL, meanwhile, may be more interested in other U.S. markets and Europe, where an eight-team expansion could mean a European Division with teams in the U.K. and Germany.

With Canada, the league already has a strong, engaged fan base that buys tons of NFL merchandise, a population that provides economic support to teams in three of its markets (Buffalo, Detroit and Seattle) and a strong broadcast presence.

But you can be sure that if the NFL does formally start down the expansion road, there will be people on this side of the border trying to crunch the numbers and convince them otherwise.