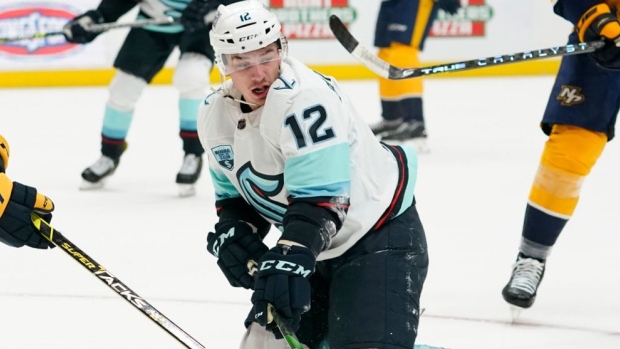 Alex Barre-Boulet is headed back to the Tampa Bay Lightning.

In his second NHL season, Barre-Boulet appeared in two games for the Kraken this season, tallying an assist.

The Lightning return to action on Saturday night when they host the Colorado Avalanche.