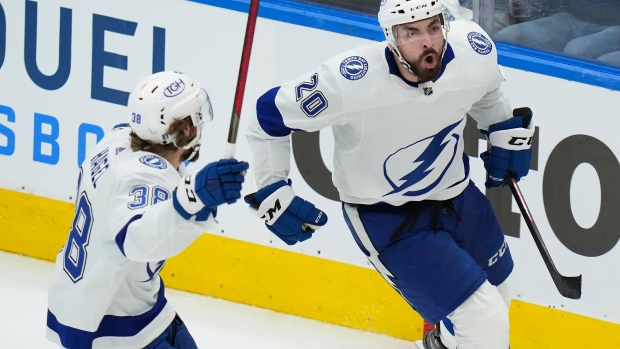 The Tampa Bay Lightning are clinging to a 2-1 lead over the Toronto Maple Leafs after two periods of their Game 7 matchup.

Forward Nick Paul broke the tie for the Lightning at 16:32 of the second period for his second goal of the game after powering through to the crease and firing the puck past goaltender Jack Campbell.

Andrei Vasilevskiy is leading the way for the Lightning with 18 saves while Campbell is countering with 12 saves for the Maple Leafs.

Morgan Rielly scored the lone Maple Leafs goal at 13:25 after wiring his shot past Vasilevskiy from the right faceoff dot.

The winner of this game will play the Florida Panthers in the second round, who defeated the Washington Capitals in six games.