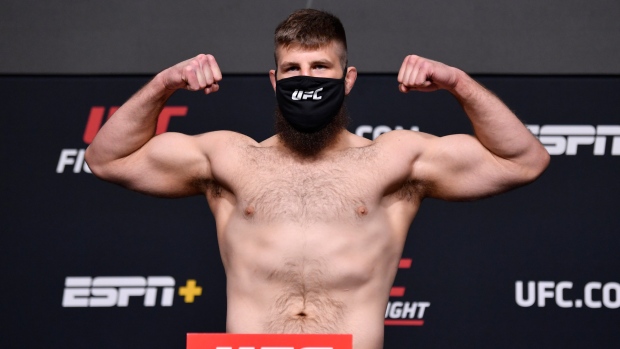 Canadian heavyweight Tanner Boser will make his return to the Octagon on December 4 against Sergey Pavlovich at the UFC Apex, according to TSN’s Aaron Bronsteter.

Per sources, 🇨🇦Tanner Boser will be facing Sergey Pavlovich on December 4th at the UFC Apex.

Boser will be looking for his second win in a row. He broke a two-fight losing streak in his last outing with a second-round KO victory over Ovince Saint Preux at a Fight Night event in June.

The Bonnyville, Alberta native is 4-3 since joining the UFC and holds a 20-8-1 overall professional MMA record.

Pavlovich meanwhile enters the bout looking for his third win in a row after earning first-round stoppages over Marcelo Golm and Maurice Greene in April and October of 2019, respectively.

The Russian fighter was scheduled to face Ciryl Gane in August of 2020 but was forced out of the fight with an injury.

He also had a bout against Tom Aspinall scrapped last month due to Visa issues.