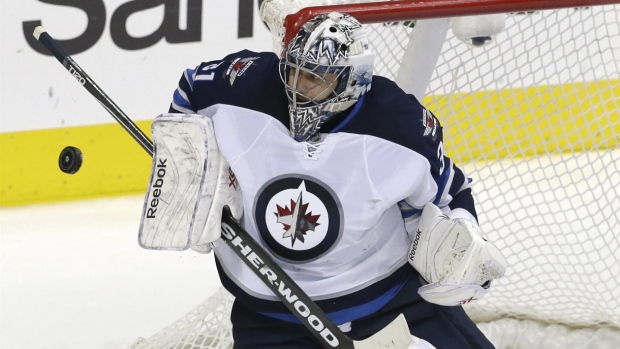 The Winnipeg Jets may have a market for exiled goaltender Ondrej Pavelec.

According to TSN's Gary Lawless, the recent spate of goaltender injuries around the NHL has led to multiple inquiries for the 29-year-old, who is currently playing with the Jets' AHL affiliate, the Manitoba Moose.

Pavelec was a surprise roster cut for the Jets ahead of the regular season. Despite being in the final year of a five-year, $19.5 million deal with the team, Pavelec was beat out by young netminders Michael Hutchinson and Connor Hellebuyck.

Whether the Jets move Pavelec now depends on how comfortable the team is moving forward with the young tandem in net, according to Lawless.

Ondrej Pavelec is expensive insurance in AHL. #nhljets have to determine if they're comfortable with Michael Hutchinson, Connor Hellebuyck