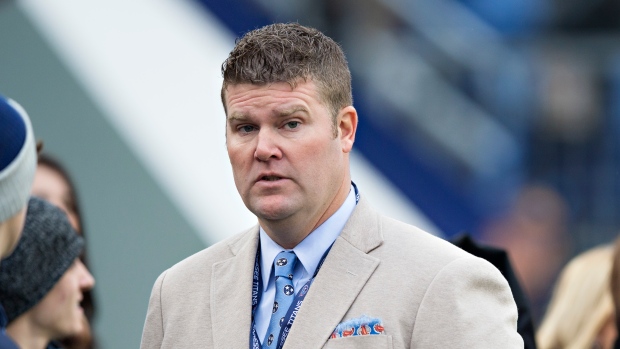 NASHVILLE, Tenn. (AP) — Tennessee owner Amy Adams Strunk fired general manager Jon Robinson on Tuesday in the midst of his seventh season with the Titans off to a 7-5 start.

The Titans announced Strunk's decision in a statement. Ryan Cowden, the vice president of player personnel, will handle player personnel for the rest of this season. The Titans plan to start searching for a new general manager soon with a full search at the end of the season.

Strunk said she thinks the Titans have made “significant progress” but she believes “there is more to be done and higher aspirations to be met.”

A native of Union City, Tennessee, Robinson was hired as general manager in January 2016. He posted a winning record in each of his seasons as GM, including earning the AFC's No. 1 seed in 2021 with a 12-5 record despite setting an NFL record using 91 players in a non-strike season.

The Titans currently sit atop the AFC South with a chance to win the division for a third straight year, something that this franchise hasn't done since its beginning in the original AFL.

But they just were routed 35-10 in Philadelphia, a loss that featured a big performance by the wide receiver Robinson traded to the Eagles during the first round of the NFL draft. A.J. Brown wanted a new contract and got it from Philadelphia in the deal Tennessee used to draft rookie Treylon Burks at No. 18.