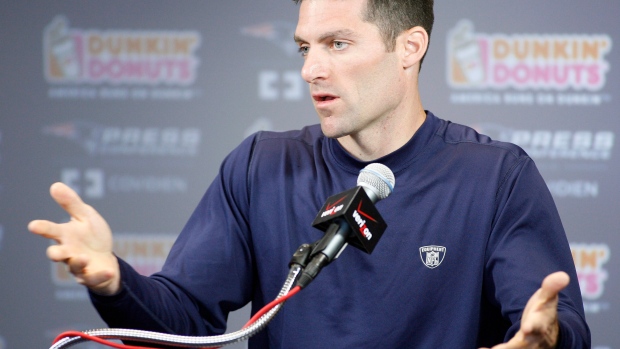 HOUSTON — The Texans have dropped their pursuit of Patriots executive Nick Caserio for their vacant general manager's job, and New England has withdrawn the grievance it filed against Houston.

"When we started the process to interview Nick Caserio for our EVP/GM position, we consulted the league office on numerous occasions, followed the procedures outlined in the league's rules and believed we were in full compliance," McNair said in the statement. "We have now been made aware of certain terms in Nick's contract with the Patriots. Once we were made aware of these contract terms, I informed Mr. (Robert) Kraft that we would stop pursuing Nick."

Brian Gaine was abruptly fired by the Texans last week. Subsequently, an 11-page complaint by former security co-ordinator Jeff Pope filed with the Equal Employment Opportunity Commission alleged his firing by the team was racially motivated.

Pope alleged that Gaine unjustly initiated the firing of Pope and eight other black employees during his 17 months on the job.