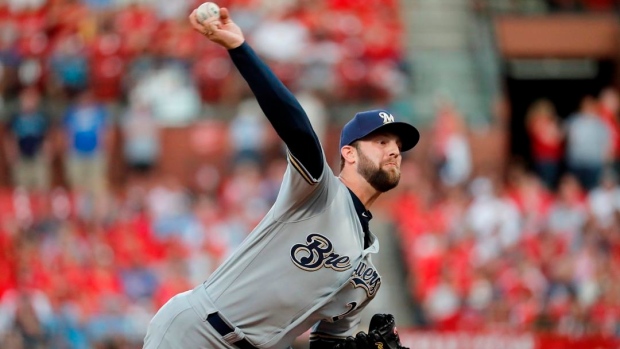 ARLINGTON, Texas — The Rangers completed a $16 million, two-year contract with free agent right-hander Jordan Lyles, finalizing a deal that had been agreed upon before this week's winter meetings.

Texas agreed to a $585,000, one-year contract on Friday with left-hander Jeffrey Springs, designated for assignment by the Rangers 11 days earlier.

The additions came a day after the end of the meetings in San Diego where the Rangers missed out on free agent third baseman Anthony Rendon.

Lyles gets a $2 million signing bonus and salaries of $7 million in each season. He was 7-1 with a 2.45 ERA in 11 starts at the end of last season for Milwaukee after he was acquired from Pittsburgh. Lyles has been a reliever and starter in his career, with a 43-60 record and 5.11 ERA. He has 143 starts and 102 relief appearances with five teams over nine big league seasons.

Lyles turns 29 in October, joined Texas to be in a rotation with 30-something pitchers All-Star lefty Mike Minor, and right-handers Lance Lynn and Gibson.