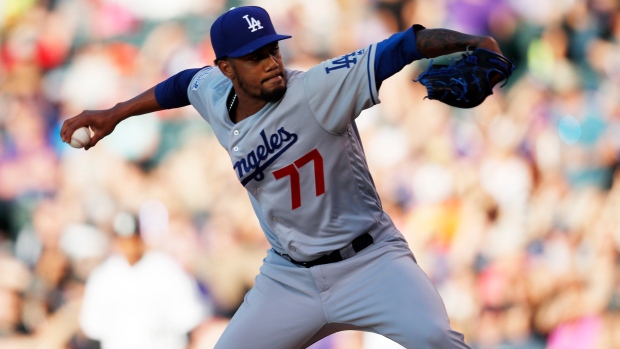 Santana had been designated for assignment by the Dodgers on Saturday. He had a 6.00 ERA (10 earned runs in 15 innings) in a career-high 16 relief appearances this season. The right-hander made 32 appearances over the past four seasons with Los Angeles.

South Korean lefty Hyeon-Jong Yang was designated for assignment by Texas to make room on its 40-man roster for Santana.

The Rangers have seven days to trade, release or outright Yang to the minor leagues. Yang went 0-3 with a 5.59 ERA in eight games (four starts) with the Rangers before getting was optioned to Triple-A Round Rock this week.