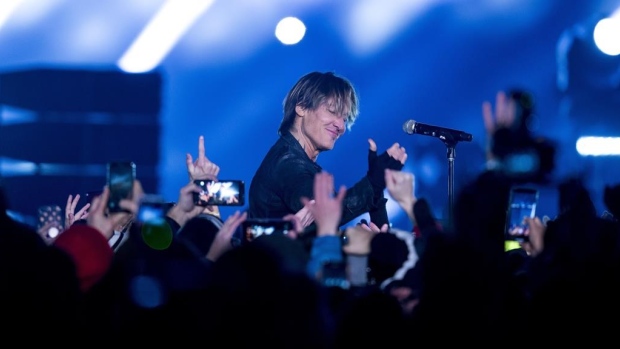 RBC announced the lineup for its second RBCxMusic Concert Series in a release Thursday. The concert series made its debut at least year's Canadian Open with shows featuring Florida Georgia Line and the Glorious Sons.

The Chainsmokers will perform on June 12 while Urban, a four-time Grammy Award winner, will hold his concert the following day.

Urban will return to Canada for another sports-themed concert after he headlined the halftime show at the 2019 Grey Cup in Calgary.

The concerts will take place on the football field of Toronto's Richview Collegiate Institute, near St. George's Golf and Country Club.

St. George's is hosting the Canadian Open, which runs June 8-14.

"Nothing says summer like golf and outdoor concerts, and we can't wait to kick off the season with our friends up north," The Chainsmokers' Drew Taggart said in a statement.