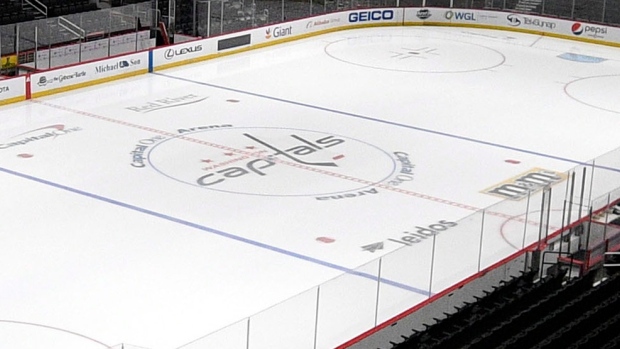 The Capital One Arena, home of the Washington Capitals, sits empty on Thursday. , The Canadian Press

Thursday will be remembered as the day the rinks went dark.

The lights have been turned off before. The NHL has stickhandled around three lockouts in the last two decades. The Stanley Cup itself even went unawarded in 1919 as a result of the Spanish flu, another pandemic that took the life of Hall of Famer Joe Hall.

This feels different – mostly for fear of the unknown.

The NHL officially hit pause on the 2019-20 season on Thursday, an unprecedented step amid the COVID-19 outbreak that has ground life around us to a halt. Nearly every major entertainment institution on the planet has followed suit, from March Madness to Disneyland.

And in times like these, on a day that felt like it belonged in the movie Contagion, we usually look toward the ice to escape.

But the AHL and all three Canadian major junior leagues are on hold as we rightfully snapped our complete attention to this global health emergency.

Hockey Canada has even cancelled all sanctioned levels of minor hockey, including provincial and national championships.

It is unsettling. All of those things tug at the fabric of daily life in Canada.

The NHL stars we look to ­– the ones who seemingly have all the answers in the most pressure-packed moments – are left asking the same existential questions as the rest of us today.

First and foremost is the health and safety of NHL players, team personnel and their families. NHL commissioner Gary Bettman said in his statement that “news that an NBA player has tested positive for coronavirus, given that our leagues share so many facilities and locker rooms … it is no longer appropriate to try and continue to play games at this time.” That was one of the tipping points, why the NHL had little choice but to stop, and it’s easy to connect the dots between that close contact and the players’ families.

The NHL’s players said goodbye to teammates on Thursday not knowing when they will be together again. The NHL is formalizing a plan designed to limit interaction and workouts, cut off practice sessions and team gatherings – all designed to isolate and limit the spread of coronavirus, which can be passed along asymptomatically.

For some players, it was a different kind of goodbye, some wondering whether they packed their equipment Thursday for the last time in an NHL locker room. Nearly a quarter of the league (163 players) is made up of pending unrestricted free agents, many of whom will not be re-signed if the season is over.

And yet, this season’s suspension isn’t just about millionaire players and billionaire owners – or whether untold hundreds of millions of dollars could be lost.

There is an economy of sport that cannot be fully calculated. This pause hits hard the vendor selling popcorn, the Uber driver banking on extra rides on game nights, the bartender in the arena district restaurant and the freelance journalist who may not be able to pay his or her rent this month now.

That journalist had so many stories left to write.

We wanted to know if Auston Matthews would break the Maple Leafs’ franchise goal record, who would win one of the best Rocket Richard races ever, if the Sens would finish Derniere for Alexis Lafreniere and whether the Jets would make it five Canadian clubs in the chase for Lord Stanley.

Those quests feel insignificant in the big picture now.

But that’s just it. We do not know, but that fear of the unknown can’t become overwhelming.

“Our goal is to resume play as soon as it is appropriate and prudent, so that we may complete the season and award the Stanley Cup,” Bettman said.

If the NHL is focused on potentially resuming play in three weeks, as one NHL governor suggested to TSN Hockey Insider Darren Dreger, it will all depend on the health of players, how many (if any) have contracted coronavirus, and recommendations from the health community.

There is a roadmap to play, to finish the regular season and still complete the Stanley Cup playoffs in a way that doesn't wade deep into summer. We don’t have to look far to find it.

In 2012-13, the 48-game lockout-shortened regular season was completed on April 28. The playoffs didn’t begin until April 30 and the Stanley Cup was hoisted on June 24, which would still allow for an on-time NHL Draft as scheduled in Montreal on June 26-27.

In 1994-95, the playoffs didn’t begin until May 6 and Bettman still awarded the Stanley Cup on the same June 24 date. It can be done – and the NHL can get even more creative with a willing partner in the NHLPA to play as late as necessary to keep the tradition going.

But all of that speculation can wait.

On the day the rinks went dark, it’s best to remember that the lights have always eventually flipped back on.