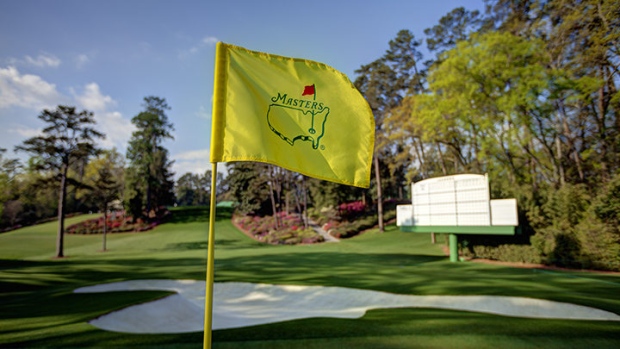 The Masters, known as much for the roars as the raw beauty of Augusta National, will be on mute this year. The club decided Wednesday there will be no spectators.

That means all three majors in this year of COVID-19 will not have fans, and the silence figures to be most deafening at Augusta National when the Masters is played Nov. 12-15.

From the opening holes down to Amen Corner all the way through the back nine, players can often figure out what's happening with others just by listening. That will be missing this year, along with the azalea and dogwood blooms from having to move it from April.

“Ultimately, we determined that the potential risks of welcoming patrons and guests to our grounds in November are simply too significant to overcome,” club chairman Fred Ridley said.

Considered in some circles to be the cathedral of golf, Augusta National now will sound like one.

“Part of the allure and kind of majesty of Augusta National is the patrons,” Brandt Snedeker said. “You have that electricity from the first moment on Thursday morning to the last putt goes in on Sunday night on every hole. It’s not just on the back nine — it’s on every hole. So to not have that there is going to be a different feeling.”

Ridley said the health of everyone involved with the tournament during the COVID-19 pandemic was paramount in rescheduling the Masters from April and deciding whether it could have spectators, even a limited gallery.

“The guests who come to Augusta each spring from around the world are a key component to making the tournament so special,” he said. "Augusta National has the responsibility, however, to understand and accept the challenges associated with this virus and take the necessary precautions to conduct all aspects of the tournament in a safe manner.

“We look forward to the day when we can welcome all of our patrons back, hopefully in April 2021.”

He said all tickets will be honoured for next April, and the club would contact ticket holders and those who have applied for tickets for next April's Masters sometime next month.

Golf is coming off its first major without fans last week at the PGA Championship. The U.S. Open, moved from June to Sept. 17-20 because of the pandemic, previously announced it won't have spectators at Winged Foot.

The British Open announced in April it would be cancelled this year.

The lack of noise was noticeable at Harding Park last week for the PGA Championship in San Francisco, especially when Collin Morikawa hit driver to 7 feet on the 16th hole for an eagle that sent him to his first major championship. There were a few media, mainly the broadcast crew, along with a few volunteers and support staff.

But a shot that memorable was greeted with mostly silence.

“This is the one time I really wish there were crowds right there,” Morikawa said with a laugh.

The Masters, though, is different.

Built on a former nursery, the back nine descends steeply toward Rae's Creek and Amen Corner before making a steady climb toward the clubhouse. Pockets of roars come from everywhere.

Tiger Woods leaned on them when he won his fifth green jacket last year, studying every white scoreboard so that he would understand who was where and what a cheer might mean.

"When I got down to 13, I got a chance to look at the board and see where everyone stood,” Woods said last year in an interview the GolfTV. “I’m like, ‘OK, the next board I see is not until 15, because there’s no board on 14.’ So I get a good understanding, see where they all are, look at what holes they’re on in case I hear any roars who that might be.

"Obviously, there’s significance to certain roars,” he said. “But I want to know what players are in what position so after I played 14 and headed to 15, I have a pretty good understanding of what’s going on.”

The roars carried Jack Nicklaus to his astounding 30 on the back nine when he rallied to win his sixth Masters in 1986.

The fabled “Arnie's Army” began with a group of soldiers from nearby Fort Gordon in the late 1950s, but it grew to include practically every patron on the grounds. Palmer felt as though he knew them all as they cheered him to four victories.

Snedeker played his first Masters in 2004 as the U.S Amateur Public Links champion. He made the cut, finished early and stayed to the end as Phil Mickelson made an 18-foot birdie putt on the final hole to win his first major. Snedeker was watching on TV in the clubhouse. He heard the cheer before it was captured on television.

“That's what you historically remember with Augusta, so to not have that is going to be totally different,” he said. “It’s going to be an odd feeling, to say the least. Last week at Harding Park it kind of felt odd, too, because you just didn’t have the nerves as much because the fans weren’t there adding a little bit of electricity to it and you didn’t have the excitement.”

Woods was making a charge in 2011 when two reporters waiting to cross the eighth fairway heard a roar that rattled the pines. What happened? A marshal said Woods had just hit his approach, and it was clear what the noise meant — an eagle that momentarily tied him for the lead.

A few minutes later, a roar from Amen Corner. And then another from behind the 13th green. And another from the second green. That was from all the scoreboards being changed to show Woods tied for the lead.

That's what will be missing in November.

It will be different for the television viewers, too. They will see Augusta National like never before, lined by Georgia pines instead of spectators.