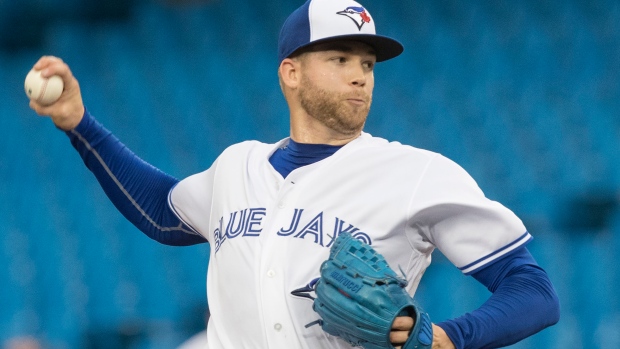 The fact it was no secret that the Toronto Blue Jays would struggle during a rebuilding year helps at this time of year when the losses are piling up. TSN Baseball Reporter Scott Mitchell checks in with news and notes on the Jays.

TORONTO — There is no difference between losing 99 games and losing 100 games in a baseball season.

Either way, it’s a year that can only be described as disastrous, even if it was partially expected and comes as no shock.

But the Toronto Blue Jays do not want to add their name to the list of 26 teams — a group that already includes this year’s Detroit Tigers, with the Baltimore Orioles, Miami Marlins, Kansas City Royals all threatening to join them over the next 19 days — that have suffered through a 100-loss season since 2000.

It’s been much longer than that for the Jays.

You have to go all the way back to the 1979 campaign when they lost a franchise record 109 games, their third 100-loss season in a row to begin the club’s existence.

As the Jays have transitioned away from a group sprinkled with veterans in spring training to extreme youth over the past six months, you can understand why a 100-loss season isn’t really on the radar.

Most of them are just happy to be in the big leagues.

“I haven’t heard anybody really bring that up,” catcher Danny Jansen said. “At this point, everybody is just trying to get as much as they can from the rest of the season. Learn as much as you can and there’s so many young guys, everybody’s just learning and getting experience. It’s what can we do to better ourselves or help ourselves going into next year. We’re going to be a freakin’ good team.”

Veteran first baseman Justin Smoak has been through the low of being a part of a 100-loss team during his rookie season in 2010 with the Seattle Mariners, and it was particularly painful because he was traded into that situation mid-season from the Texas Rangers, a team that would go on to play in the World Series.

The fact it was no secret that the Blue Jays would struggle during a rebuilding year helps at this time of year when the losses are piling up.

“That year for me was weird,” Smoak recalled. “I went from a team that went to the World Series to a team that lost 100 games. First year in the big leagues and you really got a taste of what’s good and what’s not good. I want to say that Seattle team wasn’t supposed to be a 100-loss team that year, but they made a few trades and signed a few guys and it turned out to be that way. I think going into this year, we knew we were going to be really young and there would be a learning curve, so you’ve just gotta go out there day in and day out and try to make the best of it.”

Smoak still isn’t sure how close the Jays are to the century mark with 18 games to go heading into Tuesday’s series opener against the Boston Red Sox.

Eight wins over the final three weeks would see the Jays finish with a 63-99 record.

The recipe used to get to this point was a pretty easy one to put together, but, as expected, it’s been a season of change, as well as ups and downs.

Early on, the Jays were treading water in March and April with a 14-15 record, but the wheels fell off in May when the bats went ice cold — they averaged just 3.5 runs per game during a 7-21 month of May — before injuries struck and then the trade exodus began shortly thereafter.

Bo Bichette and a red-hot-off-the-derby Vladimir Guerrero Jr. gave Jays fans something to be excited about in early August, as they put together a season-best five-game winning streak from July 29-Aug. 2, but running a gauntlet of likely postseason teams quickly put an end to that.

Since a trip out west to face one of the best teams in baseball in the Los Angeles Dodgers, the Jays were just 3-14 since Aug. 20 heading into play Tuesday night.

“When you add the Dodgers, the Astros and the Braves to the AL East (opponents), that’s a tough stretch for a young core to go through,” GM Ross Atkins said. “We’ve been in most games, our pitching has held its own, and it’s really trended in a positive way. There’s a lot to be encouraged about and a very bright future. The number of wins and losses this year is not something we’re as focused on.”

Not something to focus on, for sure, but also not something any franchise wants on its resume, especially when it’s been 40 years since you’ve hit as dubious a mark as there is in baseball.

With the prospect-rich Arizona Fall League now starting Sept. 18 instead of early October as in years past, the Blue Jays are putting the final touches on the contingent they’ll send to the Scottsdale Scorpions for the 30-game developmental circuit.

After naming Double-A infielders Kevin Smith, Logan Warmoth and Cullen Large a couple weeks ago, the Jays have also decided to send right-handed pitchers Graham Spraker, Mike Ellenbest and Maverik Buffo, all of whom spent the majority of the season at High-A Dunedin.

The Jays are allowed to send one more arm, but have not yet decided who that will be.

Currently, they’re sifting through a number of options to see who needs innings the most, a group that includes Julian Merryweather, Yennsy Diaz, Hector Perez, Patrick Murphy, Zach Logue, or maybe even T.J. Zeuch, who’s finishing off his season in the majors.

With additions and subtractions allowed during the AFL season, it’s possible one or more names from that group shows up in Scottsdale in October.

Much was made of Atkins going out on a limb and selecting 18-year-old (at the time) right-hander Elvis Luciano out of the Kansas City Royals organization at the Rule 5 draft last December.

How the heck could a teenager who had never thrown a pitch above rookie ball succeed at the major-league level?

Well, here we are nine months later and Luciano has not succeeded — evidenced by his 6.51 ERA across 27.2 MLB innings — but the Jays are on the verge of finding a way to keep him on the roster the entire season, which allows them to hold onto the right-hander moving forward and remove the Rule 5 restrictions heading into 2020.

Needing to keep him on the active roster for a minimum of 90 days this season, Luciano threw a simulated game Tuesday in an effort to return from the right elbow sprain he suffered June 13, and he’s expected to be activated either Wednesday or Thursday.

That leaves enough days in the season for the Jays to meet the threshold.

With the ability to send Luciano back to the minors next season, it’s expected he’ll start his age-20 season in Double-A if all goes well in spring training.