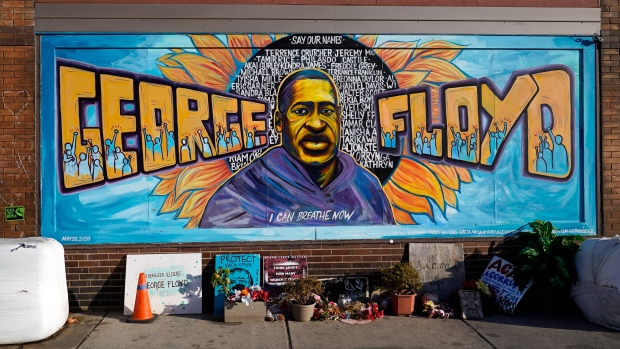 Here is some reaction from around the world of sports:​

we continue to fight but this is a start, a step in the right direction...accountability!!!

“George Floyd’s murder was a flash point for how we look at race and justice in our country, and we are pleased that justice appears to have been served. But we also recognize that there is much work to be done and the National Basketball Association and the National Basketball Players Association, together with our newly-formed Social Justice Coalition, will redouble our efforts to advocate for meaningful change in the areas of criminal justice and policing.”

“This past year, we have witnessed traumatizing instances of police brutality that Black Americans disproportionately experience, with the murder of George Floyd at the forefront of the conversation.  While this verdict represents a step toward justice, we are reminded that justice is too often not the outcome for people of color.  The WNBA/WNBPA Social Justice Council will continue its work to combat injustice and inequality in our country and hope this represents a true turning point for how the effects of systemic racism begin to be addressed.  We stand with all those who have felt the deep impact of George Floyd’s death.”

The following was released by the WNBA. pic.twitter.com/KWF4mkr6mf

Justice and Accountability! Things I never thought I would see. There’s much more work to do, but this is an amazing start working toward the reform this country NEEDS!

The Timberwolves themselves also weighed in:

In June, the Lynx and Timberwolves joined forces with the Minneapolis Foundation to Pursue Justice, Equity and Healing in the ftermath of George Floyd’s death. Read more about the initiative here.

George Floyd's family was honoured by the Vikings in September before their home opener against the Green Bay Packers. Multiple members of the team attended Floyd's funeral in June.

TSN's Jabari Greer joined SportsCentre to discuss the importance of athletes continuing to fight for change and social justice.

.@Jabari_Greer explains the importance of athletes continuing to fight for social justice. pic.twitter.com/XssJzNcArA

I was going to make a celebratory tweet but then I was hit with sadness because we are celebrating something that is clear as day. The fact that so many injustices occurred to make us hold our breath toward this outcome is really telling.

His loved ones can hopefully sleep easier.

The time to collectively examine the treatment of Black people, in particular Black boys/men, by some law enforcement is long overdue.

The path to healing must begin. #BlackLivesMatter

Washington Mystics guard announced last summer that she would sit out the 2020 WNBA season to continue to fight for social justice. Read more about Cloud's decision here.

Her thoughts from Tuesday:

Our thoughts and prayers are with George Perry Floyd Jr.’s family as they begin to heal. #BlackLivesMatter #JusticeForGeorgeFloyd pic.twitter.com/gb6C0nCtL8

Find out more about the HBA's vision here.

NASCAR's only Black driver, Bubba Wallace, reiterated that there is still a lot of work to do despite Chauvin's conviction on three separate counts.

Justice served on all counts. Good.
Still a ton of work to do.

Thank God...guilty! Justice has been served!!

Great speech by Minnesota Attorney General Keith Ellison describing George Floyd as a father, family man, and beloved member of his community. It was beautiful and sent chills down my body! If you didn’t see it, I encourage you all to watch it.

Dusty Baker on Derek Chauvin found guilty on all charges: “It’s never a time to celebrate when someone’s killed. My thoughts and prayers go to the Floyd family. Maybe this’ll help us heal and we’ll cease with the violence.” pic.twitter.com/Eg9yAt8MAU

Statement from the NFL: pic.twitter.com/5xM6mgMKVN

A statement from the NHL: