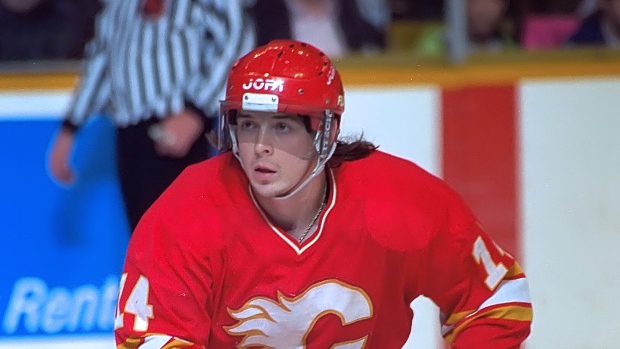 It’s time to end the stigma.

There has been a stigma attached to Theoren Fleury since his National Hockey League career unceremoniously ended in 2003 after being banned for violations of the league’s substance abuse policy. It’s a stigma that has seemingly followed his candidacy for the Hockey Hall of Fame.

Fleury was labeled as a troublemaker and a bad boy. Some of that was earned. There were too many off-ice incidents to recount.

In his 2009 tell-all autobiography titled Playing With Fire, Fleury wrote that he flummoxed the NHL’s substance abuse program testers by pouring Gatorade in his urine samples. He claimed that he turned in 13 dirty samples in a row and was still allowed to keep playing, a claim that the NHL denied.

We still have a long way to go, but the way society views mental health has changed for the better – and that means we should change how we view Fleury and his case for hockey’s hallowed Hall.

Fleury’s book revealed in disturbing detail the sexual abuse that predator Graham James subjected him to for years. James was supposed to be the mentor to the undersized minor hockey player from rural Manitoba with an alcoholic father and drug-abusing mother.

“The direct result of my being abused was that I became a [bleeping] raging, alcoholic lunatic,” Fleury wrote.

Fleury is now in his 12th year of eligibility for the Hockey Hall of Fame - whose 18-member selection committee will deliberate virtually for the first time on Wednesday.

He’s long had the credentials for election.

Fleury, who turns 52 next week, is one of just 15 players in NHL history to average more than one point per game in both the regular season and the Stanley Cup playoffs. The other 14 are all enshrined in the Hall.

The 5-foot-6 Fleury was one of the smallest NHL players of his generation, but he bobbed and weaved through a league of giants, becoming a fan favourite in Calgary for his fearless and feisty attitude. He originally gained notoriety and popped up on NHL radars for his central role in the “Punch-up In Piestany” at the 1987 World Junior Championship.

Fleury was a midseason addition – but important contributor – to the Calgary Flames’ Stanley Cup run in 1989. He also captained Canada to World Junior gold, was a member of Canada’s 1998 Nagano Olympic squad and won Olympic gold in Salt Lake City in 2002 – just months after publicly entering the league’s substance abuse program for the second time.

Think about all of those accomplishments. Then think about what Fleury battled through to achieve them.

Fleury wrote in his book that at one point in the 2000-01 season, he was tied for the league lead in scoring while simultaneously sleeping on the streets of Manhattan to feed his alcohol and drug addiction.

At the time, Fleury’s battles with addiction were covered extensively, but no one knew with any concrete evidence what drove him there.

We now understand that as self-medication.

“Graham was on me once or twice a week for the next two years. An absolute nightmare, every single day of my life,” Fleury wrote in his book. “I worried constantly. What should I do? How do I get out of this situation? What if somebody finds out? Will I go to hell for this? So when I was 16 years old and I took that first sip of alcohol, it was like, snap – medicine. I was like ‘Oh, this is gooood stuff.’

“It’s not like I had a slow descent into alcoholism. I was an alcoholic as soon as I tried it. I had been weighed down by all the [bleep] that was happening to me, and suddenly none of it mattered. I was able to have fun. From that day on, drinking became something I could not live without, like oxygen or hockey.”

Fleury’s story is nothing short of a triumph. He has reportedly been sober since 2005.

He had the courage to stand up and file a criminal complaint against James in 2010, which resulted in James being sentenced to two years in prison. That earned Fleury the Canadian Humanitarian Award and the Queen’s Jubilee Medallion, given to those who have made a significant contribution to Canada.

It’s now time for Fleury to be recognized in the Hockey Hall of Fame. His playing career earned that on its own merit, but even more given what we now know.