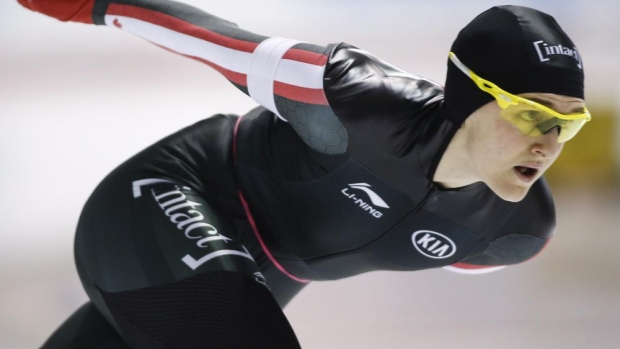 "I have spent this season slowly, but surely, rebuilding my approach to training and racing," said McLean. "I am very proud of today's 500 metres and looking forward to more racing this season."

Dubreuil, from Levis, Que. posted a time of 35.344 in the men's 500 metres (2). While the time was identical to the one he skated a day earlier in the 500 metres (1), the ninth place result was much better than his previous 12th place finish.

"It was an okay race for me," said Dubreuil. "I was just missing a little something on my start. With a little more speed off the start my turns would be better and I would have more momentum. I think I can reach the podium if I just speed up my start."

Gelinas-Beaulieu, from Sherbrooke, Que., clocked in at 1:48.919 in the men's 1,500 metres, earning him an eighth-place finish, which surpassed his two previous World Cup results of the season. Teammate David La Rue of Saint-Lambert, Que. was disqualified from the same distance for wearing an incorrect armband.

"An eighth-place finish is a personal best for me," said Gelinas-Beaulieu. "My race went very well. I had a bit of a slip and my blade picked the ice during the first turn, so my start wasn't the best, but I was able to regain some speed and maintain it until the end of the race."