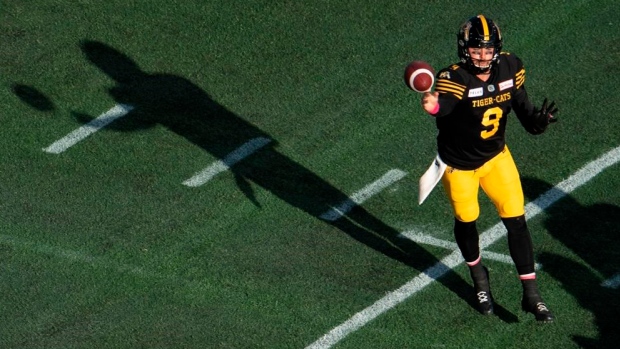 Evans completed 32-of-41 passes for a career-high 452 yards and added a touchdown to lead the Tiger-Cats to a franchise-record 13th victory in a single season as Hamilton defeated Ottawa 33-12 on Saturday. Sutton had 149 yards from scrimmage for the Ticats, who had already locked up top spot in the East Division.

Begelton had three touchdowns to lead the Stampeders to a 37-33 victory over Winnipeg on Saturday as Calgary moved into a tie with Saskatchewan for top spot in the West Division.